An Atlas V rocket lifted off from Launch Complex 41 in Florida this week, and its payload is completely unknown by the public. Completed by the United Launch Alliance (ULA), the launch marked their 6th successful mission this year. It was known that the mission was to launch a satellite for the National Reconnaissance Office (NRO) but the broadcast was shut down 6 minutes into the flight to keep everything as secret as possible. 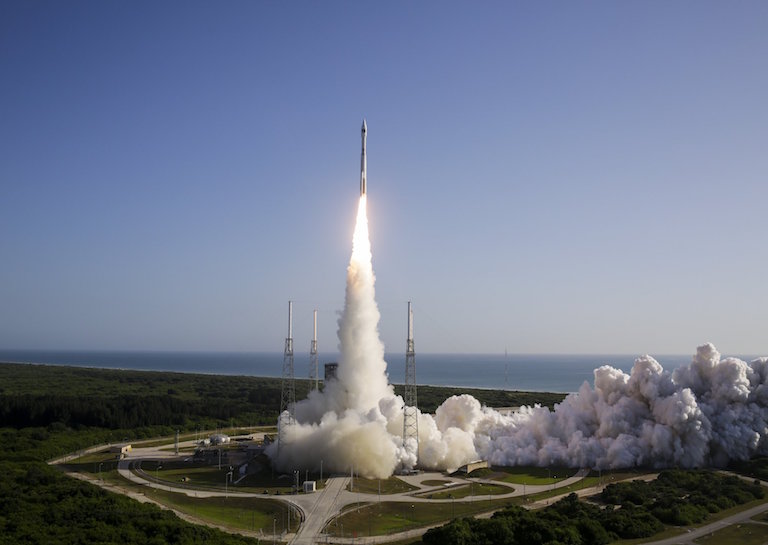 According to Futurism, the NRO was established in 1961 and made public in 1992. Anything that has to do with the office is normally kept under tight wraps, which is partially why this mission was such a secret. It is safe to say that the satellite will be used in some manner of spying or orders of national security, but exactly what is unknown. If you want to understand the launch sequence of the Atlas V, you can check out ULA's video below.

The public will likely never know what went up into space on this most recent mission. Many are speculating that it is a new communications satellite, but this is in reality, just a guess.