Health sensors that measure heart rate, blood pressure, sweat and a host of other health indicators are often bulky and uncomfortable. But scientists are working to create a super thin wearable that can record data via the user's skin. The technology developed by scientists at the University of Tokyo looks like a gold temporary tattoo and it's so comfortable, patients have forgotten they are wearing it. 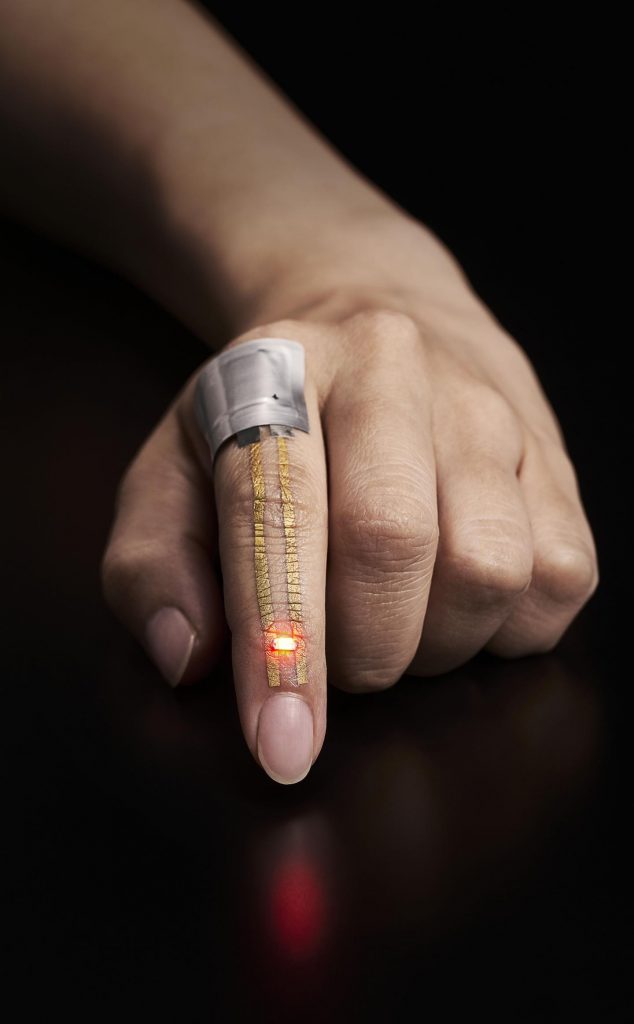 Other wearable skin based sensors are created using electronics embedded in paper, then stuck on the skin. The texture of the paper, means it can feel stiff, restrict movement and inhibit sweating. The new research published earlier this year in Nature describes how scientists used a material that dissolved in water, leaving only the circuitry stick to the skin. The electronic art is soft, flexible and allows unrestricted movement. In the first trial, twenty patients wore the device without complaints.  None of the trial wearable technology presented signs of wear, nor did the trial participants complain of itchiness or irritation. 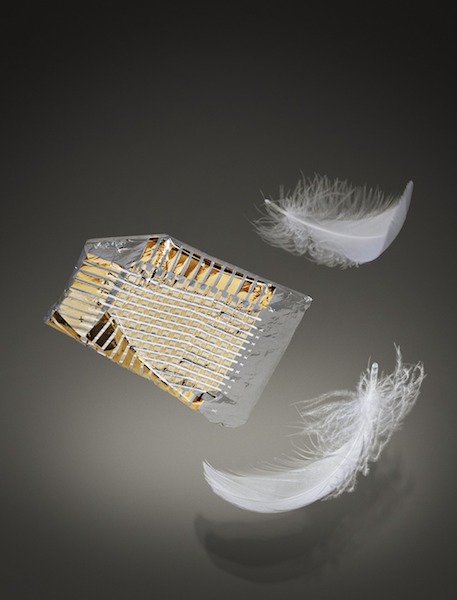 In the first trial, twenty patients wore the device without complaints. None of the trial wearable technology presented signs of wear, nor did the trial participants complain of itchiness or irritation.

Skin-based smart interfaces have been circulating for some time now. There have been developments in applications that can allow you to turn your skin into a touchscreen or remotely control your phone. But these leaps forward in medical sensors can be life-saving.

Medical monitoring occurs generally in hospitals by applying electrodes to the skin via patches attached to wires, connected to bulky machines. While this is ok when patients are in the hospital recovering from surgery or illness, it won’t work at home. Often patients need to keep monitoring their vital signs to measure the success of surgery or their continued improvement. The current design of monitoring equipment can hinder the success of this critical part of health management.

This new research devised a system made from polyvinyl alcohol. That is the same material that is in contact lenses and artificial limbs. The material is dipped in gold after being charged by an electrical force called electrospinning. The ‘patch’ is placed on the skin and sprayed with water.  The polyvinyl disintegrates but eh gold reads remain.   The on skin electronics can then be used for a variety of applications. 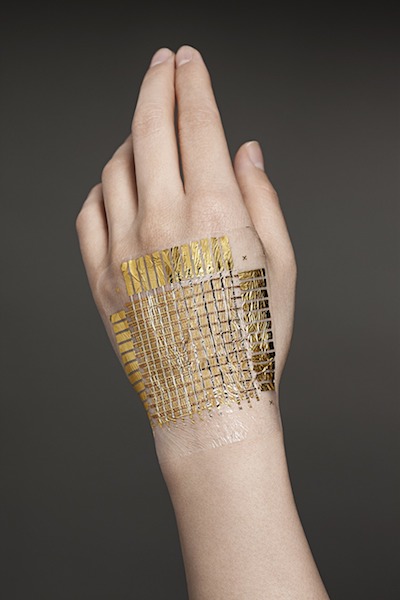 One initial test was an electromyogram (EMG). An EMG measures the electrical activity of muscles when they're at rest and when they're being used. Nerve conduction studies measure how well and how fast the nerves can send electrical signals. Nerves control the muscles in the body with electrical signals called impulses. The test was carried out with minimal discomfort to the test subject. 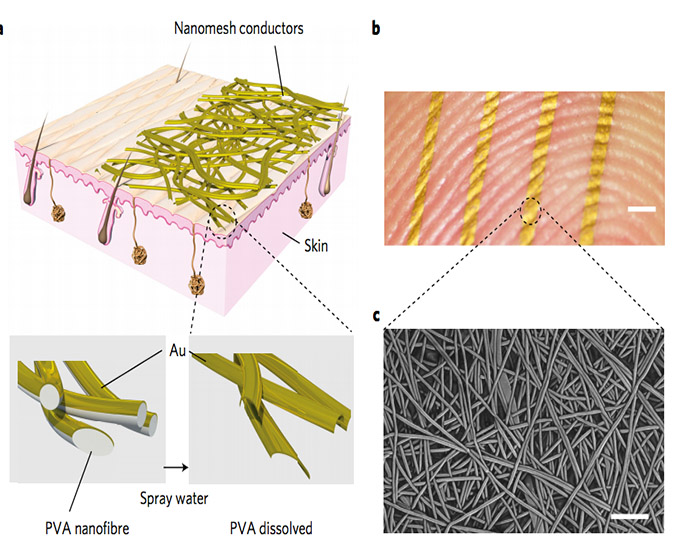 While no further testing has been successfully completed on its medical applications the possibilities are endless. It could also be used in professional sports applications.

It is still unclear if the technology is hardy enough to withstand serious movement but if the initial results are anything to go by, the next stages will be very exciting.

SEE ALSO: Researchers Are Developing an Electronic Nose That Can Sniff out Diseases

More Stories
scienceWill non-thermal nuclear fusion be the Holy Grail of clean energy?
Can Emir| 3/29/2022
cultureHere’s why the Turkish government wants to build another Bosphorus
Eric James Beyer| 3/10/2022
scienceThere might be an "anti-universe" going backwards in time before the Big Bang
Chris Young| 3/17/2022