SpaceX's CRS-12 mission successfully launched the Dragon spacecraft into low-Earth orbit using a Falcon 9. Less than ten minutes after lift off, the Falcon 9 first stage booster touched down on the ground-based landing zone located at Cape Canaveral in Florida. The Dragon spacecraft is set to deliver 6,400 pounds of important scientific cargo as well as birthday party goods to the International Space Station (ISS) on behalf of NASA. Dragon is to stay approximately one month in the orbiting laboratory and head back to Earth carrying 3,000 pounds of cargo from the ISS. The SpaceX CRS-12 mission fulfilled its full flight profile yesterday, 14th of August at 12:31 pm EDT from the NASA Kennedy Space Center in Florida. You can watch the replay of the live webcast of the mission here.

SpaceX's Falcon 9 rocket successfully launched the Dragon spacecraft into low-Earth orbit on the 14th of August from the Launch Complex 39A at the NASA's Kennedy Space Center in Florida. The Dragon spacecraft detached from the Falcon 9's second stage booster less than 10 minutes from the liftoff. Crew members that are currently based at the ISS will attempt to reach out and catch the Dragon spacecraft on August 16 using the station's 17.6-meter long robotic arm. Once captured, the payload and cargo bearing spacecraft will attach to the space station for unloading and reloading. 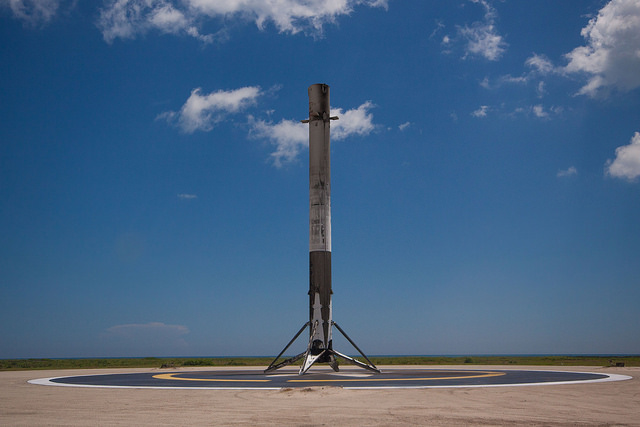 This latest SpaceX CRS-12 mission is the 12th of up to 20 contracted missions of the space company to deliver cargo, on behalf of NASA, to the ISS. The CRS-12 mission is under the first SpaceX Commercial Resupply Service (CRS) contract with NASA, which was later expanded by the American space agency last year. NASA announced in January 2016 that the Falcon 9 rocket and Dragon spacecraft were contracted to conduct more CRS missions, under the second CRS contract, through to 2024.

SpaceX's Dragon spacecraft contains over 6,400 pounds of supplies and payloads, which include important materials and hardware that will be used for more than 250 science and research investigations ISS will conduct for Expeditions 52 and 53.

The joint effort between NASA and SpaceX, under the CRS contracts, allowed America to restore its capability to deliver and return important cargo and payloads to and from the ISS. So far, the Dragon spacecraft has already delivered live plants and animals, and many other essential scientific payloads to the orbiting laboratory as well as bringing back to Earth other cargo. SpaceX is currently working on the Dragon 2 spacecraft, which is intended to transport US-based crew to and from the space station.

Dragon will stay for approximately one month at the outer space laboratory and will head back to Earth then carrying more than 3,000 pounds of cargo. Five hours after Dragon leaves the space station, the spacecraft will begin its deorbit burn that is expected to last for up to 10 minutes. It will take Dragon around 30 minutes to re-enter the Earth's atmosphere before the spacecraft's splash down on the eastern side of the Pacific Ocean. Dragon is expected to touch down off the coast of Baja California using parachutes.

At around T+ 7:55, Falcon 9 made its 6th successful touchdown at the company's giant X Landing Zone 1 at the Cape Canaveral in Florida. It also marks the 14th successful first stage booster landing for SpaceX, which include touchdowns on the two drone ships stationed in the Pacific and Atlantic Oceans. The Dragon spacecraft, on the other hand, will only be received by the ISS tomorrow, 16th of August, when the station's crew would extend the station's 17.6-meter robotic arm to capture the capsule. Dragon is particularly important as it's the only spacecraft that has the ability to return cargo and payloads from space back to Earth.

Apart from scientific tools and experimental materials, Dragon is also carrying birthday treats and other food items for the space station's crew. An extra freezer space in Dragon was available and NASA made sure to pack it with a birthday cake ice cream, little cups of vanilla and chocolate, and ice cream candy bars. Anyone would be delighted to be given those guilty pleasure food items but even more so if you've been stationed in space for a solid 9 months. This is the case for US astronaut Peggy Whitson who's been in the orbiting space station since November 2016 and is scheduled to return to Earth this September. US astronaut Randolph Bresnik who have just recently arrived at the ISS will be turning 50 next month, which explains the birthday cake. How thoughtful of NASA. 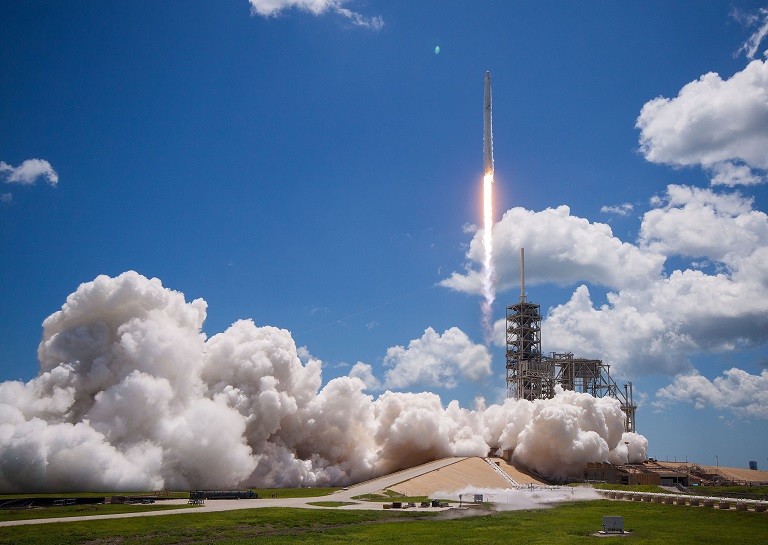 Dragon is also carrying a total of 20 live mice that will be used to investigate the prevalent visual problems male astronauts are facing when in space. Scientists want to specifically study the pressure inside the mice's eyes and the flow of liquid in their brains. According to the scientist leading the study, Michael Delp from the Florida State University, the thirty-day exposure of the mice in space is comparable to three years of human exposure in space. The scientists conducting the study are hoping to understand why female astronauts don't experience such visual problems. And, of course, shed some light as to why male astronauts are prone to this specific vision impairment experienced in space. The mice will be brought back to Earth by Dragon after their 30-day space exposure aboard the ISS.

Parkinson's LRRK2 protein crystals were also amongst the scientific items brought by Dragon to the ISS. This is part of the Michael J. Fox Foundation research project that aims to provide a cure for the said disease. According to the foundation's website, the specific microgravity condition in space will greatly help in studying the LRRK2 protein.

"Microgravity in space may allow bigger, more regular LRRK2 protein crystals to grow, which helps solve the protein's structure. That information could help scientists design optimized therapies against LRRK2, a key target in the pursuit of a Parkinson's cure".

SEE ALSO: Next SpaceX Mission? Sending a Supercomputer to the ISS