According to a Chilean media, "Ata" was found by Oscar Munoz in 2003, in a ghost town inside the Atacama Desert, called La Noria. 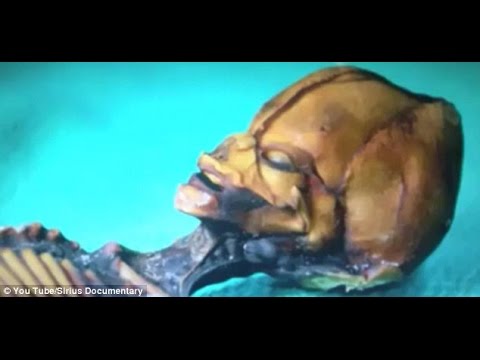 Munoz said he found a white cloth near abandoned church that contains "a strange skeleton no bigger than 15cm" with hard teeth, a bulging head with an additional odd bulge on top.

For ten years this skeleton has been considered by many people as evidence of alien life.

There were many theories about the bones, most significant of them are that the skeleton is of an aborted foetus, or a monkey, an alien that crashed on Earth or a complete deception. But now scientists have confirmed that these remains belong to the human kind.

A new documentary movie called Sirius revealed that DNA tests had been made and the truth about the mystery figure was revealed.

Dr Steven Greer - who led the project and documentary, said: "The CAT scan clearly shows internal chest organs - lungs and what appears to be the remains of a heart structure. There is absolutely no doubt that the specimen is an actual organism and that it is not a hoax of any kind.”

"This fact has been confirmed by Dr.Nolan and Dr.Lachman at Stanford."

It is unknown what conditions led to such body shape and size, but one thing is sure – it is a human being. Or it used to be, at least…