Which is better – Net Metering or Feed-in Tariffs? 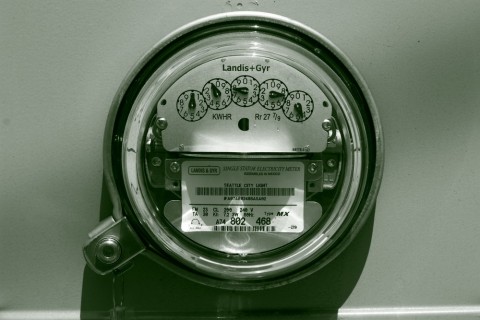 Net metering was first established in the US state of Idaho in 1980 and in Arizona in 1981, although Minnesota is commonly acknowledged as the first state to pass an actual net metering law in 1983. It is now commonplace in certain countries, particularly the USA, but how does net metering fare against Feed-in Tariffs (FiTS) with regard to its effectiveness as an incentive for renewable energy installation? Closer scrutiny of the two approaches provides an easy answer – FiTS wins easily, being far more effective as a means of incentivizing and promoting renewable energy development.

The object of net metering when it was first introduced was to enable an electric consumer who generates electricity on-site via an appropriate technology, such as solar panels to deliver the generated power to a local transmission network in return for electricity credits. That is to say, the electricity provided by the generator offsets electricity provided by the utility, the credits being awarded during an appropriate billing period. From the beginning, net metering was geared to investment in renewable energy, particularly solar panels and wind turbines, enabling consumers to use the electricity whenever they wished to instead of at the particular time the energy was generated. 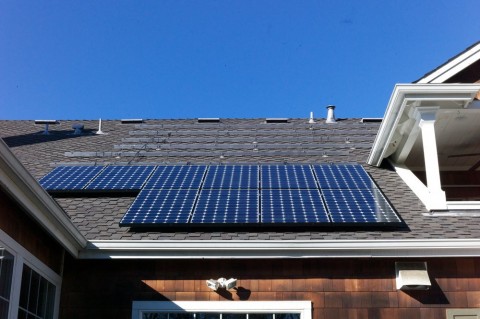 By 1998, 22 states across the US, or utilities within those states, had adopted net metering. Two California utilities levied a monthly ‘net metering charge’, including a ‘standby charge’, however these were later banned by the state’s Public Utilities Commission (PUC). By 2005, all states were compelled to offer net metering and in 2016, 43 states offer it, along with utilities in three of the remaining states.

Net metering is now established in a number of countries around the world, including Australia, Canada and some states in India, notably Tamil Nadu, Karnataka, and Andhra Pradesh. The Philippines net metering scheme is actually a net billing scheme in which electricity exported to the grid is rewarded by a peso credit with the credits deducted from the electricity bill. The payment in the Philippines is generally less than 50 percent of the retail price of electricity.

Adoption of net metering in Europe has been somewhat slow, mostly because of wrangles over value added tax (VAT) arrangements. This is particularly true in the UK where only one utility, TXU Europe/Eastern Energy, offers it, thanks largely to a collaboration with Greenpeace. Net metering appeared in Denmark in 1998 as a trial lasting for four years and extended in 2002 for another four years, becoming a permanent part of Danish energy policy from the autumn of 2005. A net metering scheme in Italy is actually a mix of net metering and a Feed-in Tariff segment. Net metering has been proposed in Spain but is not yet established but has been adopted in France where the government has fixed the payment price for 20 years.

Government policy regarding net metering can vary between countries, and even between states in the case of federal nations like the US. These policies can differ widely regarding the term over which net metering is available, how long the consumer-generator can retain banked electricity credits and the value of the credits. Most laws provide for a rollover of credits, charge a small monthly connection fee and require the monthly payment of deficits via the normal electricity bill.

Net metering uses a single bi-directional meter which measures current flowing in two directions. This means it can be implemented easily as a simple accounting procedure with no special metering, prior arrangement or notification, unlike FiTS. 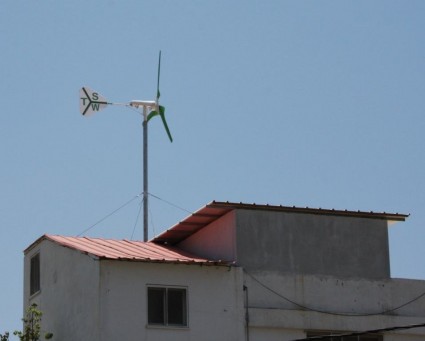 FiTS and net metering are easily confused, but the major economic difference is that with FiTS, the payment is generally above the retail price for electricity, steadily reducing, over a 15-20 year time period, according to the number of people installing distributed generation (DG) systems, that is systems generating electricity locally rather than via centralized power plants. This steady reduction in rate is known as ‘digression’. Given that with net metering, the payment never rises above the average retail price, this means that FiTS can provide a small income for system owners, whereas that is not the case with net metering unless payments for excess generation (rather than just ‘bankable’ credits off the bill) are awarded by the utility.

It is precisely this ability to generate an income that incentivizes the technology and that is why FiTS are now commonplace in the UK, Germany, Spain, Ontario (Canada) and some states in the USA, among others. Indeed, in 2008, an analysis by the European Commission (EC) found that a well-adapted Feed-in Tariff is probably the most efficient and effective support scheme for promoting renewable electricity. This conclusion has been supported by other analyses by the International Energy Agency (IEA), the European Renewable Energy Federation (EREF) and Deutsche Bank.

Paul Gipe, writing for National Geographic in 2013, argued that more renewable energy has been deployed in the world with the help of Feed-in Tariffs than through net metering. According to the IEA, the amount of solar power deployed via net metering has only been 2 percent at best, with equally dismal levels for wind, biogas and other renewables. Gipe also points out that Feed-in Tariffs pay different rates for different technologies, the price reflecting the average cost of generating electricity from that technology. The effect of this is to decouple the price paid for renewable electricity from the wholesale and retail price, providing a fair and reasonable rate of return and therefore an effective incentive for installing a renewable energy system in the first place, which is exactly what the world should be aiming to achieve. In Germany, this has enabled individual citizens to build and own nearly half the wind turbines, solar PV and biogas installed in that country, investing more than $100 billion in renewables.

Such things just aren’t possible with net metering. In fact, Gipe argues that net metering is actually counter-productive in that it gives policy makers the ability to pull a fast one over the public, enabling them to appear as if they are doing something to decarbonize power networks while actually doing very little and protecting the established utilities business model, based on fossil fuels, in the process.

To be fair, both net metering and FiTS provide incentives for DG technologies such as wind and solar. It’s just that FiTS is by far the better approach. This has led to some utilities identifying both net metering and FiTS as a threat to established utilities normal business model (see also Interesting Engineering's article on Distributed Generation), which of course it is, and will continue to be with increasing deployment of on-site renewable energy. However, the benefits of distributed generation (DG) renewable energy are several, not least the reduced need for centralized, unwieldy power plants and the consequent reduced strain on the national grid. While for everyone and everything that is alive on the surface of the planet, there is also the much more important advantage that it is the main way in which our society can decarbonize the global power sector as soon as possible. Something we urgently need to get on and do.

SEE ALSO: Distributed Generation threatening utilities: How can they respond?