Scientist Attempts to Teach AI What Is Funny

The work is part of a larger goal to make human-computer interactions that rival real conversations.

It seems there is a constant focus on making computers more human. That focus has now even extended into our ability for humor.

We all know artificial intelligence systems such as Alexa can tell jokes but can they understand them? One researcher is attempting to make them do so.

The goal, however, is not to make them funnier, but rather to make them more capable of recognizing human emotions in speech.

“I don’t try to teach computers to tell funny jokes; I want to use artificial intelligence to get computers to a point where they understand why we think something is funny or not,” said Julia Rayz, an associate professor in Purdue University’s Department of Computer and Information Technology.

That objective is a difficult one because currently, artificial intelligence functions well when given specific rules. However, since human interactions, particularly humorous ones, follow no rules, it is complicated to set guidelines for computers.

“Whenever the box doesn’t have clear outlines, it’s turning into a royal mess. You can’t find enough examples that are going to describe every possible communication scenario.”

Rayz work essentially involves trying to translate what is second nature for humans into a form that a computer can process. Questions of delivery, context, and emotion need to be interpreted and fed to artificial intelligence in a way that allows it to assess them properly. 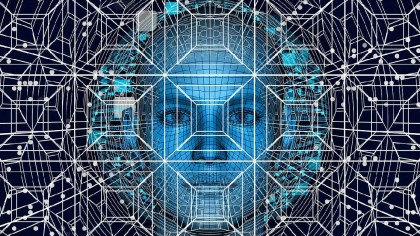 7 Ways AI Will Help Humanity, Not Harm It

Her research, however, is not confined to humor. Rather humor takes the shape of the "perfect litmus test for computer-human interaction." If a system can recognize a joke, it can also identify more complex expressions and emotions such as those involving sarcasm and irony.

“If you are giving a command in a sarcastic manner, the computer needs to know it does not need to follow that command."

Rayz takes inspiration for her work from everyday circumstances. She tries to incorporate all types of human interactions into her algorithms.

“You can just sit at a café with coffee and observe people and their reactions and modify your algorithms in your mind,” she said.

“There are some types of humor I hear and think, ‘Really? You can do better than that.’ But, in conversations especially, you hear a response or hear someone say something, you think ‘Oh wow, that’s complex. I need to incorporate that.’

Is There Hope to Return to Normal Air Travel?