In a draft paper, Shmuel Bialy and Abraham Loeb outline their ideas on how Oumuamua moved.

Last year the world was spellbound as news of a mysterious cigar-shaped interstellar space zipping through our solar system spread. The rock, dubbed “Oumuamua” which translates as "scout" or "messenger arriving first from afar" was the first observed interstellar object to enter our solar system. First spotted by a telescope in Hawaii in October 2017, the object has continued to fascinate scientists who are now developing theories to explain the comets unusual acceleration.

The chair of Harvard’s Astronomy Department, Avi Loeb, Ph.D., and his Israel colleague Schmuel Bialy, Ph.D., at Tel Aviv University in Israel have published a paper in the Cornell University Library archive entitled, “Could Solar Radiation Pressure Explain Oumuamua’s Peculiar Acceleration?” The two scientists propose that the comet could have been traveling with light-sail technology.

When Oumauamua was first seen it was about 33,000,000 km (21,000,000 mi) from Earth (about 85 times as far away as the Moon), heading away from the Sun. Initially, because the object had no tail scientists decided it was not a comet. There were also no images of the object. The rendering you saw in the media were artists impressions of it.

However, after review the science community agreed to classify Oumauamua as a comet Despite this classification there is still a lot that the science world doesn’t know about ‘Oumuamua’ and are excited to find out. One of the biggest questions is about its movement. “This is the most extreme orbit I have ever seen,” said Davide Farnocchia, a scientist at NASA’s Center for Near-Earth Object Studies (CNEOS) at the agency’s Jet Propulsion Laboratory in Pasadena, California.

“It is going extremely fast (the unusual object increased speed and altered orbit) on such a trajectory that we can say with confidence that this object is on its way out of the solar system and not coming back.” Prof. Loeb and other scientists are part of the Project Starshot research project to investigate the possibility of launching small spacecraft powered by laser beams 20% or 30% the speed of light toward our nearest star Alpha Centauri.

In their new paper they ‘explore the possibility of Oumuamua being a thin object accelerated by Solar radiation pressure, which would naturally result in an excess acceleration. However, for radiation pressure to be effective, the mass-to-area ratio must be very small.’ They say this research into the acceleration of Oumuamua, can be applied to any light probes designed for interstellar travel. 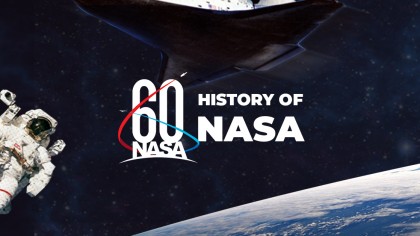 A Brief History of NASA: 60 Years of Exploring the Unknown

They actually go so far as to suggest that Oumuamua itself might have been sent intentionally from another planet, saying, “Oumuamua may be a fully operational probe sent intentionally to Earth vicinity by an alien civilization.” While that is likely to draw some derision from the science community the research into Oumuamua and how and why it was here will continue to occupy scientist and the general public for years to come.