The fabric of space-time isn't exactly a subject taught in grade school, and there are still parts of it that are not yet understood by even the most educated of physicists. However, understanding gravitational pulls, planet's orbits, and dark energy is all really simple when you have a giant sheet of stretchy spandex. Physics teacher Dan Burns bought a giant roll of spandex and wove together his makeshift "fabric" of space-time. Through his demonstration, you can see how planetary masses tend to rotate in one direction, and even visualize how astronauts first reached the moon, check it out.

By placing weights of varying sizes on the fabric sphere, Dan creates the effect of what is essentially varying gravitational forces. When he rolls smaller objects around the sheet, they orbit the larger mass, just like actual planetary physics. By far the most amazing demonstration in the video is when he gets a smaller marble to orbit a larger marble while also orbiting an even larger mass. This would be similar to how the moon orbits the Earth which orbits the Sun.

Another amazing understanding of why planets and galaxies tend to rotate in one direction can be grasped from this demonstration. As he throws large amounts of marbles in varying directions, they end up all orbiting in the same dominant direction. 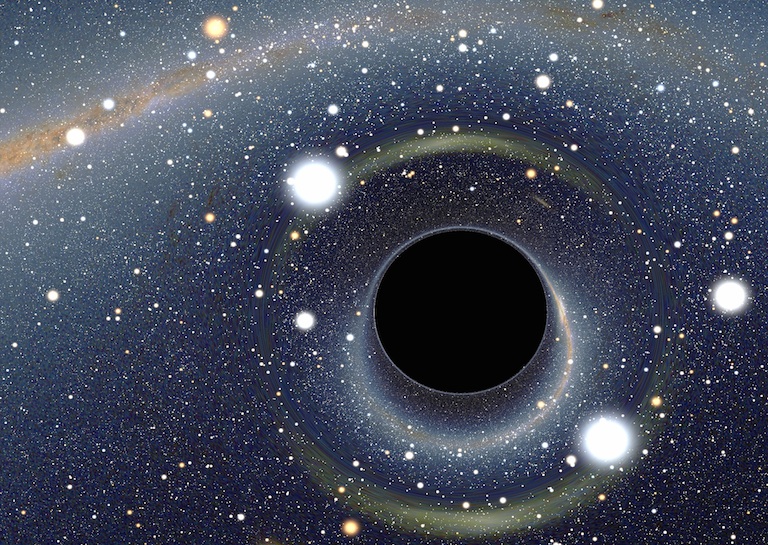 Apparently, all it takes to learn the physics of space-time is some old gym shorts sewn together and stretched out in a circle. This demonstration, while rudimentary, is one of the most effective visualization methods for planetary physics that exists today. No need to overthink the subject, it is a lot less complicated in generalities than you might have expected.