A scientist experimenting in a laboratory in Northwestern University accidentally invented a breakthrough biological material dubbed as 'origami organs'. These origami organs, or biological tissue papers, have the potential to produce natural hormones that can be useful for treating young cancer patients who are undergoing chemotherapy.

Scientists and engineers from Northwestern University in Chicago, US, have invented unique, biological "tissue papers" that could be used to treat wounds and support the production of natural hormones in young patients suffering from cancer. The researchers went through a great length to produce the origami organs by excreting structural proteins from cells that give organs their natural shape and form. A polymer substance is mixed with the proteins in order to generate a flexible material.

The production process of tissue papers and eventually origami organs begin by removing the cells of natural organs or tissues. Once the extracellular matrix or structural proteins are obtained, they are dried down to a powder consistency and further processed into tissue papers. The end products, the tissue papers, contain "residual biochemicals and protein architecture from its original organ". These biological features can then be exploited to manipulate cells by stimulating them. 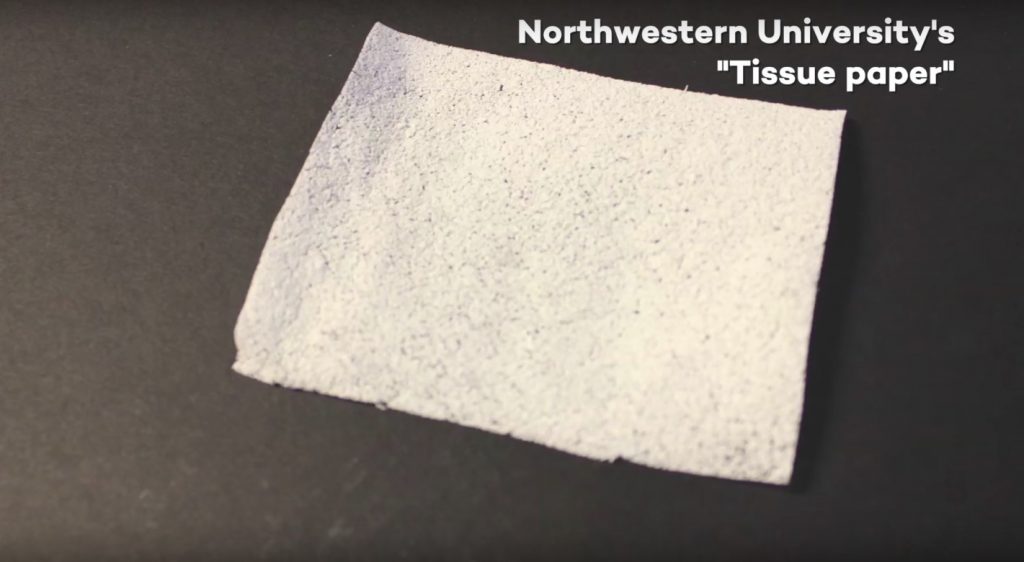 Ramille Shah, an assistant professor of surgery at the Feinberg School of Medicine at the Northwestern University, expressed that the newly invented biological origami organs have many applicational uses in the field of medicine.

"This new class of biomaterials has the potential for tissue engineering and regenerative medicine as well as drug discovery and therapeutics. It’s versatile and surgically friendly"

Shah thinks that the biological tissue papers could be applied to fresh wounds to "help regenerate tissue to prevent scarring and accelerate healing".

When it comes to treating young cancer patients, professor of Obstetrics and Gynecology at Feinberg, Teresa Woodruff, thinks that the origami organs can be used to reinstate normal hormones lost when undergoing chemotherapy and other hormone-destructive treatments.

"This could provide another option to restore normal hormone function to young cancer patients who often lose their hormone function as a result of chemotherapy and radiation", said Woodruff.

The tissue papers got their nick name 'origami organs' as, Adam Jakus, the postdoctoral fellow who developed them played around with the material to test its flexibility and durability. The scientist even folded the tissue papers to create origami structures.

"Even when wet, the tissue papers maintain their mechanical properties and can be rolled, folded, cut and sutured to tissue", said Jakus.

Jakus discovered the possibility of forming the tissue papers accidentally at Shah's laboratory when he spilled a biological 3D printing ink he was working on. By the time Jakus wiped down the spill, the biological ink had already turned into a dry sheet. The scientist was in absolute amazement at his accidental discovery and expressed how it changed the way he sees everyday meat products.

"When I tried to pick it up, it felt strong. I knew right then I could make large amounts of bioactive materials from other organs. It is really amazing that meat and animal by-products like a kidney, liver, heart, and uterus can be transformed into paper-like biomaterials that can potentially regenerate and restore function to tissues and organs. I’ll never look at a steak or pork tenderloin the same way again".

The findings of the research study were published in a paper available through the Journal of Advanced Function Materials.