Researchers added a human gene tied to our species’ brain development to 11 monkey embryos to study its impact on brain growth, igniting an international debate on animal testing ethics that saw one of the co-authors of the study condemn his own contributions to the research.

A new report from NBC News MACH describes how scientists in China and the United States set out to study a gene tied to human brain development and how it affected brain growth by swapping out the version of the gene found in rhesus macaques with the one found in humans. The publication of their results in the journal National Science Review has sparked an international controversy with even one of the study’s co-authors now saying that the research crossed a critical ethical line.

RELATED: IS IT TIME TO END ANIMAL TESTING? HOW TECHNOLOGY CAN REPLACE ANIMALS

The research was designed to look at a specific gene, MCPH1, that humans share with other primate species and is associated with brain development and the extent to which this gene is responsible for the size of the human brain. We know there is a connection between the two since an abnormal MCPH1 gene often produces a condition known as microcephaly, leading to children born with unusually small heads.

Of the 11 embryos that scientists altered, two were lost to miscarriage, and three of the pregnancies were terminated before birth so that the brains of the fetal rhesus macaques could be studied. Six of the monkeys were carried to term, though one died a few weeks after birth. Of the five monkeys who survived, regular memory tests and brain scans were performed to assess the development of their brains. The research found that the monkeys behaved normally and their brains were about as large as an unaltered macaques' brain, but the macaques with the human version of MCPH1 demonstrated a better memory than their peers and their reaction times were noticeably quicker as well.

They also found that the brain cells of the macaques with the human MCPH1 gene developed much slower than the cells of their unaltered peers, similar to the slow brain development that humans are known for that may be key to our higher level of intelligence.

Does Altering the Brain Development of Monkeys Cross an Ethical Line?

Rhesus macaques are not as closely related to humans in evolutionary terms as the great ape species, such as chimpanzees and gorillas, and diverged from humans beings about 25 million years ago. Still, they share more DNA with humans—about 93 percent—than other animals do and, of course, they are still primates. Their brains are much more like our brains than are those of other animals used in research, such as mice.

"My personal opinion is now that, from an ethical point of view, such research should actually not be done."—Martin Styner, Study co-author

“Rhesus macaques are one of the best animal models for studying brain development and evolution, and have the best translational value for improving human health,” Anthony Chan, a researcher at the Yerkes National Primate Research Center at Emory University, told NBC News. Still, he cautioned that any study that adds human genes to animals needs to be very carefully constructed to minimize the suffering experienced by the animal.

Bing Su, from the Kunming Institute of Zoology and a co-author of the study, told NBC that the study underwent a thorough ethics review before it began and that the scientists involved followed all international standards as it relates to medical testing on animals.

“In theory and in reality, there is no ‘humanness’ observed in the MCPH1 transgenic monkeys,” he said, “since only one gene was changed among tens of millions of genetic differences between humans and monkeys.”

Meanwhile, another scientist involved in the study, Martin Styner, a computer scientist from the University of North Carolina at Chapel Hill, has since rejected his own participation in the study, which he says crosses an ethical line. In an email to NBC News, he wrote: “My personal opinion is now that, from an ethical point of view, such research should actually not be done.”

The scientists conducting the research believe that many of the diseases and disorders that affect the brain can be treated if there was a better understanding of the brain’s actual development and the most effective way to achieve that understanding is through genetically altered monkeys.

Our unease about the ethics of the matter isn’t exactly new, either. The arguments against genetically altering the brains of monkeys could reasonably apply to all animal testing. Medical investigations of different diseases and biological structures routinely alter other living organisms to suit the needs of medical research as a standard practice.

A cursory examination of medical research performed on mice would be damning evidence of crimes against humanity were they conducted on human beings rather than rodents. Mice are regularly given different diseases or genetic disorders, including cancers and other painful diseases, to examine these conditions and the brains of mice have long been the subject of study through genetic alteration, not to mention direct manipulation through electrodes and other, similar means.

Performing this same research on species more closely related to human beings makes that ethical violation unavoidable for those who would instead continue to ignore it in the name of progress. What people are objecting to then isn’t that research on one animal over another is ethically distinct, they are objecting to animal research itself, but are uncomfortable with their knowing and willful use of the practice when they stand to benefit from it.

Others acknowledge the ethical quandaries involved in animal testing generally, but can still distinguish between cases and find one more ethically objectionable than the other. Questions of pain and self-awareness must be a consideration. To say that all animal testing is the same is to level all life as equally sacrosanct, which very few believe to be the case.

Were that the case, taking a course of antibiotics is to perpetrate slaughter orders of magnitude larger than the Holocaust as we poison billions of living organisms to death. Eradicating a disease would be tantamount to genocide, yet Jonas Salk wasn’t tried for his crimes but celebrated for his creation of the polio vaccine.

No one mourns the destruction of the smallpox virus and arguments in favor of eradicating certain dangerous species, like malaria-spreading mosquitos, do not rest on moral grounds but practical ones. Arguments against wiping out mosquitos, as many have advocated for, stress that it will have an unpredictable effect on the food chain and the environment; the immorality of exterminating an entire species, whose only crime is performing its natural life-sustaining functions, rarely enters into the debate.

Understanding how our genes lay out the biological blueprint for the development of humans’ unique brain is an important part of the answer to one of the most fundamental, unanswered questions about our species, as well as providing a framework we can use to create medical treatments for brain disorders.

It is the unique quality of our brains that have allowed Homo sapiens to outperform every other known species on the planet, both extinct and extant, while only having just arrived on the scene relative to evolutionary timescales. The impact of humanity on the planet has been so profound that we have instigated a geological change that is normally reserved for planet-killing asteroid or comet impacts.

As such, identifying what change in our DNA triggered such a monumental shift in our biology is an important question about who we are as a species. At some point out, however, how we answer that question will say just as much about us—if not more—than what is coded into our DNA. 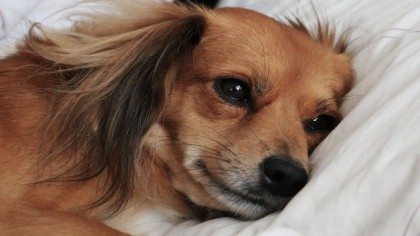 Do Animals Grieve for Their Losses Too?

The introduction of a human gene tied to human brain development into a close primate relative has the potential to produce something that does not rise to the level of human intelligence or self-consciousness as we understand it, but would still transcend its species in a radically important way. We know that the evolutionary leap in intelligence is radically different than any other biological change, we are living proof of that, so what does it mean to confer that leap onto another species arbitrarily?

“I do not think all animal/human genetic hybrid experiments are unethical,” Arthur Caplan, a bioethicist at NYU School of Medicine, told NBC News. “Inserting human genes into monkey brains is a different matter.” Doing so, he felt, risked creating something not human, but not monkey either in the very realm that humans hold most sacred, our sense of intelligence and self-awareness.

In the end, that nebulous gray area in the middle that such an animal would occupy—through no fault of its own-is what unsettles people the most. To not know what the animal understands about itself or us, or whether it has an understanding of what is happening to it, means that we have no clue where we stand according to the moral calculus we typically use. As long as there are diseases and disorders of the brain, however, making these assessments will continue to fuel controversies and the need to balance the needs of humanity with our moral responsibility to the animals who are at the mercy of our intelligence will continue to be one of the great ethical challenges of our times.