Scientists and Engineers from Zuckerberg's Organization Answer Questions on Reddit

A group of researchers, scientists, and engineers are taking to Reddit to field questions about saving the world. Seriously.

A team from the Chan Zuckerberg Initiative (created by Mark Zuckerberg and Priscilla Chan (Zuckerberg's wife)) are on Reddit answering questions about ending diseases worldwide. The group said they want to do that via the Human Cell Atlas, the cell version of the human genome project. It's a "world-wide [sic] effort to map all of the cells in the human body." However, the biggest difference between the two projects? Scope. The Human Genome Project mapped 20,000 genomes. The Human Cell Atlas looks to categorize over 30 trillion cells. The team needs help. What better place to ask for applicants than Reddit? 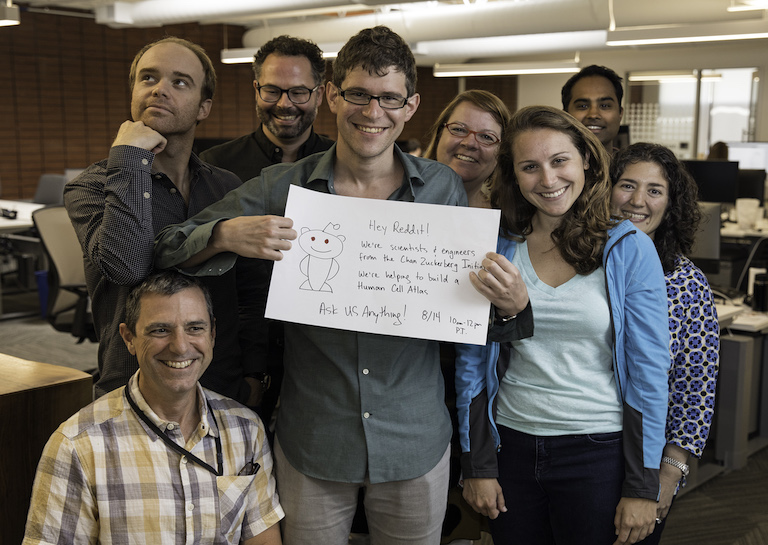 The team opened the floor to questions during an AMA. As per usual, the brilliant minds of Redditors didn't disappoint.

The question with the most points thus far comes from user Cersad. That profile is flagged as having a PhD in Molecular Biology. After discussing rapidly changing and sometimes unexpected discoveries in the body, he asked:

"How is your initiative preparing to handle the technical challenges of catching cells that grow in rare and inaccessible microenvironments in the body? What are you doing to enable discovery of cell types and niches that may have been overlooked in the scientific literature to date?" 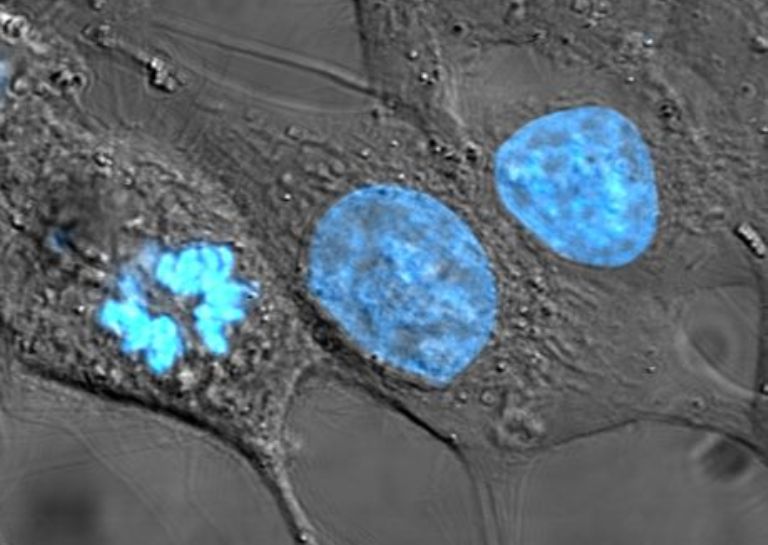 These HeLa (or immortal) cells could be part of the jumping-off point for the initiative's research teams. [Image Source: TenOfAllTrades/Wikipedia]

The team admitted that rare cells will be crucial to the success of the project. However, they have a plan in place.

"[Finding rare cells] is a lot easier than it used to be, as biology has moved from bulk tissue analysis (like ENCODE) to single cell analysis," responded Cori Bargmann. Bargmann serves with the Chan-Zuckerberg Institute as president. She also works as the head of the Wang Laboratory of Neural Circuits and Behavior at Rockefeller University in New York.  "The strategy for HCA is to take each organ or each tissue within an organ, do a shallow sweep through many cells using methods like single-cell RNAseq, identify the categories, and then make sure that the categories are all represented as you go deep (for example, by sorting for rare cells to enrich them)."

Another user named versipelis called into question the validity of the program.

"We have had a fully mapped human genome for more than a decade and we still do not really have any idea what most of it does. Are we even ready or capable of using this kind of information in a worthwhile manner?"

Borgmann took the lead for this answer as well.

"We’re pretty confident that a knowledge of cells will advance medicine in a long timeframe,"  All human diseases have a cellular basis -- either some cell is not doing what it’s supposed to, or it’s doing something that it’s not supposed to do. The goal of the HCA is to provide a foundation for understanding the cells in healthy human bodies, and then that can be used by every scientist and physician in the world to help study every disease."

There are plenty of questions to file through, and the answers given show a promising base for the project. Ultimately, Borgmann and her team don't want people working for the Initiative. They want to sponsor scientists and physicians already doing similar work.

"Our requests for grant applications are open to scientists everywhere in the world, and we encourage all interested parties to get involved," Borgmann said. "In-house at CZI, we’ll be focusing on software engineering for shared data platforms and tool development, and on computational and analytical approaches that complement the research community, so that’s where our own team will grow in the near future."

If you know of a lab or research team that could be a fit with the CZI, you can apply here.

SEE ALSO: Reddit User Claims He Automated His Job for 6 Years, Finally is Fired, Forgets How to Code