Scientists Are Joining Forces to Save Chocolate From Extinction

UC Berkeley and food company Mars have come together to develop a gene-editing technology to yield more resilient cacao crops. The aim is to save the plant from extinction due to climate change.

In addition to being delicious, chocolate has many other positive attributes. Just this week, researchers at Loma Linda University found that chocolate reduces stress levels and inflammation and improves mood, memory, and immunity.

This may be the reason why scientists at University of California, Berkeley (UC Berkeley) have joined forces with food and candy firm Mars to try and save cacao crops from an extinction feared to happen by 2050 as a result of climate change. Together, they are experimenting with a gene-editing technology called CRISPR to make cacao crops more resilient.

CRISPR to the rescue

CRISPR stands for Clustered Regularly Interspaced Short Palindromic Repeats. These repeats are the hallmark of a bacterial defense system and they can serve some very interesting functions.

CRISPR allows for precise DNA modifications that can be used to make crops more affordable to cultivate and more resistant to environmental factors. Researchers are hoping these alterations can produce crops advanced enough to thrive even during the most extreme conditions caused by climate change.

UC Berkeley geneticist and inventor of CRISPR Jennifer Doudna is in charge of overseeing this collaboration with Mars. The research takes place in her university lab called the Innovative Genomics Institute (IGI). 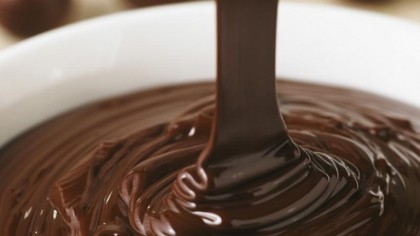 In an opinion piece for the Financial Times, Doudna explained the benefits of CRISPR. “Modern plant breeding relies on random mutations to produce favorable outcomes, and then selects for desirable mutations,” wrote Doudna.

“This process can be slow and may introduce many undesired and undetected genetic changes along the way. In contrast, CRISPR-Cas9 genome editing allows the creation of plants with just the desired genetic alteration, without adding foreign genetic material,” she added.

Doudna’s graduate students work on applying CRISPR to yield crops that can be cultivated by small-holder farmers in the developing world. Professor of Plant and Microbial Biology at UC Berkeley and scientific director of IGI’s agricultural genomics program Brian Staskawicz said they are using the technology to protect cacao crops from “devastating conditions.”

Cacao crops’ vulnerability comes partially from the fact that the plant can only be bred in very few places on the planet. More than half of the world's chocolate is cultivated in Côte d’Ivoire and Ghana alone.

However, some people believe the chocolate shortage can simply be solved by a change in geography rather than genetics. Frederico Marangoni, CEO of Swiss luxury chocolate brand Du Rhone Chocolatier, told The Economic Times that all countries which are on the equator belt could potentially produce cacao but Asian countries are simply not yet accustomed to the idea.

“The nations that are producing it today may be producing as much as they can but there are so many other places in the world that could do it and have the right fields and climate to do so. So even if we are running out, there is hope. A life without chocolate is a very, very, dark place to go, "said Marangoni.

How Do We Save Never-Seen-Before Animals From Climate Change?

Scientists Are Trying to Revive Woolly Mammoths With CRISPR