Scientists Are Literally Creating Nanochips Out of Thin Air

RMIT is creating transistors that use air circulation to create currents; tech will replace your current silicon transistors.

Transistors are the building blocks for almost all of the electronics we use in our daily lives. Whether it’s a computer or phone, these devices have millions and even billions of electronic transistors.

Nevertheless, as technological needs grow at a rapid rate, silicon transistors are beginning to reach their physical limits. Due to a large number of transistors needed, silicon atoms get in the way of the current flow, limiting the speed of the device and causing heat. Think of it as Moore’s Law applied.

Out of Thin Air

A group of Researchers at RMIT University has created a revolutionary type of transistor that sends electrons through narrow air gaps unhindered, compared to the silicon methods used in traditional electronics. 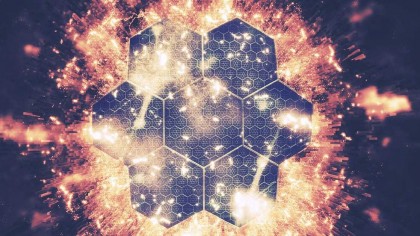 The new “air channel transistor technology” allows the current to flow through the air so there are no collisions to slow it down.

As described by the Associate Professor, Sharath Sriram, of  RMIT's Functional Materials and Microsystems Research Group, “Imagine walking on a densely crowded street in an effort to get from point A to B. The crowd slows your progress and drains your energy," says Sriram "Travelling in a vacuum on the other hand is like an empty highway where you can drive faster with higher energy efficiency."

Shruti and his team created a nanoscale gap between two points that are only a few nanometers big, or 50,000 times smaller than the width of a human hair. This small space is so tiny that it convinces the electrons to behave like they are in a vacuum or virtual outer-space.

This new technology will have a lot of applications in space travel, including radiant resistant technology.

As stated by Sriram, “This is a step towards an exciting technology which aims to create something out of nothing to significantly increase the speed of electronics and maintain the pace of rapid technological progress."

Scientists Uncover Why Plants Are Green