Utilizing the unique properties of quantum mechanics, a new super battery will have the potential to get charged instantaneously.

If you’re tired of waiting hours for your smartphone to charge, a new research happening at the University of Adelaide might just completely change that. The university’s newest Ramsay Fellow, Dr. James Quach aims to utilize the unique properties of quantum mechanics to build the world’s fastest charging battery that can be charged instantly.

Dr. Quach is an expert in quantum physics and he said that the potential of instantaneous charging is possible through a feature of quantum mechanics known as entanglement – a quantum mechanical phenomenon where two entangled objects share their individual properties with each other, even when they are spatially separated. Thus, when actions are performed on one object, the other one gets affected.

This mind-bending phenomenon occurs at a molecular level, where normal laws of physics do not work.

According to Dr. Quach, it is because of this property that it becomes possible to speed up the charging process. He said that the invention is based on a theory that more the quantum batteries, the faster they charge, which does not happen with conventional batteries even if we increase the number.

This means if one quantum battery takes an hour to charge, adding another will reduce the time to 30 minutes and with 10,000 such batteries, the charging will take less than a second. Once developed, the revolutionary battery can cut charging times to nothing!

Dr. Quach said that the idea of developing a quantum battery isn’t new and has been discussed in several research papers over the past few years. However, he wants to “take the theory from the blackboard to the lab”.

“Entanglement is incredibly delicate, it requires very specific conditions – low temperatures and an isolated system – and when those conditions change the entanglement disappears,” he said. “With the support of the academic community in Adelaide, interstate and globally, I aim to extend the theory of the quantum battery, construct a lab conducive to the conditions needed for entanglement, and then build the first quantum battery.” 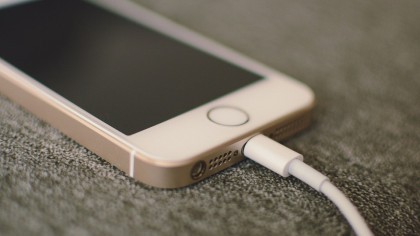 19 Simple Phone Hacks That Will Save Your Battery

The quantum battery has the potential to be used in small electronic devices like watches, smartphones, and other products that rely on stored energy. In the long run, Dr. Quach aims to scale up and develop bigger batteries that could be used in renewable energy solutions.

However, the journey to build the world’s fastest charging battery will be arduous, requiring special equipment and a lot of effort. “Entanglement is incredibly delicate, it requires very specific conditions – low temperatures and an isolated system – and when those conditions change the entanglement disappears,” he said.

In another research, physicists in Italy were also successful in designing a quantum battery that can be built using the available solid-state technology. They claim that their device would charge up quickly through entanglement and can be utilized to power quantum computers of the future.

It might take significant time for the results to emerge through such research, but once developed, quantum batteries might answer all the energy problems of our world. We hope that the idea of a super-battery becomes a reality soon.

Via: The University of Adelaide