Maastricht University's MERLN Institute scientists have successfully grown a very early stage embryo in a laboratory without eggs or sperm.

A new paper published in Nature journal by a team led by professor Nicolas Rivron, from the MERLN Institute of Maastricht University, is making headlines around the world. The research sees scientists grow a very early stage embryo in a laboratory without eggs or sperm.

To achieve this, Rivron’s team combined two types of stem cells from mice in a dish. The cells were then implanted to the womb lining of live female mice where they managed to initiate pregnancy and successfully grow for a few days.

"This is the first time we have created structures in the lab from stem cells which have the potential to form the whole organism – the baby, placenta and yolk sac."

"This is the first time we have created structures in the lab from stem cells which have the potential to form the whole organism – the baby, placenta and yolk sac," Rivron told IOL. For those fearing this may also result in human cloning, rest assured.

Rivron insists his research simply “helps to understand the perfect path an early embryo must take for a healthy development.” He explained that his work revealed that “it is the embryonic cells that instruct the placental cells how to organise and to implant in utero.”

“By understanding this molecular conversation, we open new perspectives to solve problems of infertility, contraception, or the adult diseases that are initiated by small flaws in the embryo," explained Rivron. Examples of conditions that can potentially be cured by the new findings include diabetes and cardiovascular diseases.

The scientists are now trying to understand why their newly created blastocysts only develop to about just 3.5 days old. Although the laboratory-developed cells look similar to normal blastocysts, their cells are not properly organized resembling a disorganized embryo, said Rivron.

Regardless, Group Head at the MRC London Institute of Medical Sciences and Honorary Clinical Lecturer at Imperial College London Harry Leith told the BBC the study is “the most successful attempt so far at building an early embryo from stem cell lines.” 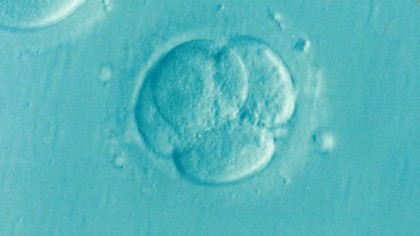 In March of 2017, University of Cambridge scientists created "artificial embryos" with stem cells from mice, a first of its time. The team also combined two types of stem cells and used a 3D scaffold as a natural mouse embryo.

The researchers also hoped their work would assist with fertility treatments. However, unlike Rivron's team, these researchers were unsuccessful in implanting the cells in mice.

Despite medical advancements, very little is understood about how early embryos develop. Access to such knowledge has the potential to benefit human lives by determining the conditions that lead to problems at the start of pregnancy that either end in miscarriages or diseases in the offspring.

In a world-first, scientists create eco-friendly cement from algae