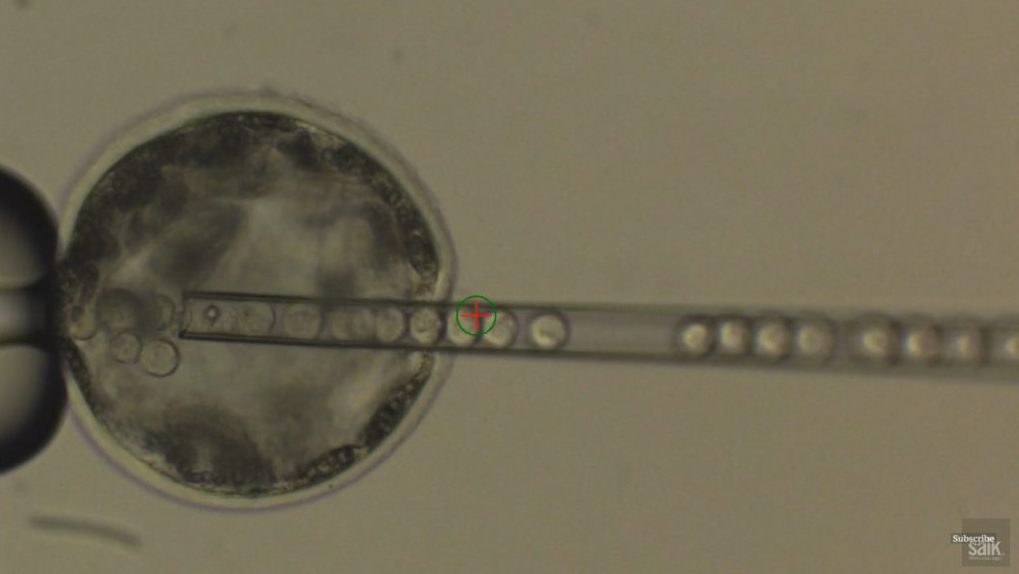 As of November 2016, there were 121,678 people waiting for lifesaving organ transplants in the U.S of which 100,791 were awaiting kidney transplants. These human-pig hybrids could reduce these figures by producing organs for transplantation that are similar enough to that of humans.

The lab-grown human-pigf hybrids are described, by researchers, as interspecies chimeras. Named after the cross-species beast of Greek mythology, chimeras are organisms formed from the fertilized cells of two different species.

The research is being led by Professor Juan Carlos Izpisua Belmonte at the Salk Institute for Biological Studies in La Jolla, California. Along with Dr. Jun Wu, the paper's author and scientist at Salk Institute, Belmonte lead a team of 40 people.

“The ultimate goal is to grow functional and transplantable tissue or organs, but we are far away from that,” Izpisua Belmonte said in a statement. “This is an important first step.”

The team started their study by introducing human cells into both cows and pigs. However, the bovines study proved more difficult and expensive than expected. The cows were dropped and researchers continued their study with the pigs only.

Researchers began the investigation by injecting human stem cells into the early-stage embryos of pigs. Over 2000 hybrids were formed which were then implanted into surrogate cows. This resulted in more than 150 embryos developing into chimeras, however, these were more pig than human.

Researchers hit another speed bump as pigs develop in under four months from conception to birth which is much faster than the development of humans. "It's as if the human cells were entering a freeway going faster than the normal freeway," said Izpisua Belmonte. "If you have different speeds, you will have accidents."

Chimera research was banned in the U.S. up until last August 2016 when the ban on federal funding of any chimera research was lifted. According to the paper published in the journal Cell, researchers at the Salk Institute were using private funding for their research before the ban was lifted, over a period of four years.

The study introduced ethical concerns which could threaten to overshadow its breakthroughs. The issues involved creating intelligent animals with humanized brains as well as the possibility of hybrid creatures accidentally being released into the wild. The US National Institutes of Health (NIH) suspended funding for the study while these issues were being addressed.

Izpisua Belmonte acknowledged the issues saying, “The idea of having an animal being born composing of human cells creates some feelings that need to be addressed.” However, he believes that the issues are aroused by mythological beliefs rather than reality of controlled research.

The chimeras were mostly pig, with a minuscule human contribution of approximately one in 10,000 cells. Researchers were pleased with this outcome as most of the ethical issues revolved around the creation of beings with human-like brains.

The chimera embryos were destroyed after 3-4 weeks (the first trimester of a pigs pregnancy), once they had proved their viability. “This is long enough for us to try to understand how the human and pig cells mix together early on without raising ethical concerns about mature chimeric animals,” said Izpisua Belmonte.

The researcher’s next step is to insert specific human genes into the chimeras in order to create more human organs.

“At this point, we wanted to know whether human cells can contribute at all to address the 'yes or no' question,” Belmonte said in a statement. “Now that we know the answer is yes, our next challenge is to improve efficiency and guide the human cells into forming a particular organ in pigs.”