German researchers have developed a 55-nm-by-55-nm DNA-based molecular platform with a 25-nm-long robotic arm that can be controlled with externally applied electrical fields.

German researchers have developed a DNA nanorobotic arm powered by electric fields that is hundreds of times faster than previous iterations. Scientists at the Technical University of Munich (TUM) describe their research in the academic journal Science, saying “Precise, computer-controlled switching of the arm between arbitrary positions on the platform can be achieved within milliseconds.”

“Compared to other previously demonstrated ‘robotic systems’ or assembly lines, movement and positioning of components electrically is much faster.”

Previous DNA molecular machines were prevented from moving faster because of their dependence on DNA’s molecular cues. These early DNA walkers used a range of DNA molecular manipulations to operate including : ‘DNA hybridization with externally added DNA “fuel strands,” the action of DNA-cutting enzymes, a change in buffer conditions (such as pH levels), or the use of chemical photoswitches, like azobenzene, that can collect light to trigger reactions.’

According to Friedrich Simmel, a professor at TUM and co-author of the research, these molecular cue-relying walkers were very slow. Usually working in time-scales that ranged from several hours to several days. “Compared to other previously demonstrated ‘robotic systems’ or assembly lines, movement and positioning of components electrically is much faster,” said Simmel. “We estimate it’s about 100,000 times faster than typical DNA walkers.”

Simmel and his team began their journey towards the faster DNA walkers, with a long-established technique for molecular self-assembly, the wonderfully named ‘DNA origami’. This technique has been widely used in the semiconductor industry to create tiny chips. DNA origami uses DNA strands that have been folded into structures much like an intricate origami sculpture. 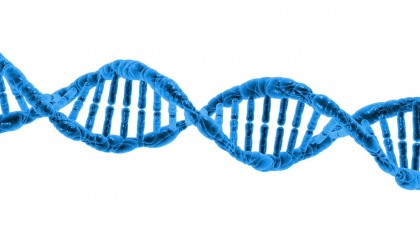 The TUM researchers used this technique to create a rigid base of DNA with a long connected arm, all made from DNA molecules. The arm is attached to the plate with a flexible joint. This structure is then placed over a pool of water in which scientists create electric fields. DNA is negatively charged and can, therefore, be manipulated by electric fields. The scientists could control the direction of the DNA using the electric field and by doing so introduce movement into the DNA arm. We can create ‘docking sites’ on the base plate,” said Simmel. “We can, therefore, use the electric fields to move the arm from one defined position on the plate to another. We can also switch off the field after placement of the arm at a particular docking site, where it remains if the binding site is strong enough.” The change in electric field is enough to cause movement in the arm so it is not necessary to add other external fuel. “Electric manipulation of DNA is very fast, and electric fields can even be used to reduce the stability of the DNA docking interactions and thus speed up unbinding of the arm from the plate,” added Simmel.

Simmel says there is the potential for the arm to assist in the assembling of complex molecular structures, however, the aim of the work was to discover a more efficient way to manipulate DNA nanodevices. "It is unlikely that we can realize 'general purpose' molecular manufacturing soon, but given the right type of chemistry and appropriate pick-up and release mechanisms it is conceivable that a simple form of molecular manufacturing will become possible," said Simmel.