Researchers from Binghamton University have developed a fabric-based battery that works even under stretching and twisting stresses.

Researchers have developed a stretchable battery made out fabric that could change the way we think about wearables. The development team, led by scientists at the Binghamton University Electrical and Computer Engineering school have created a bacteria-powered bio-battery that can generate stable electricity even when under stretching and twisting stresses. 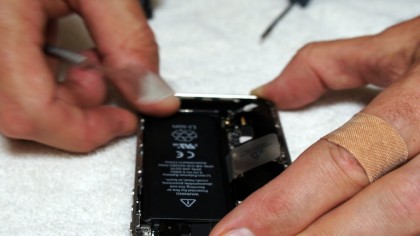 The team was led by Assistant Professor Seokheun Choi, who has previously made battery breakthroughs using paper-based microbial fuel cells. Choi says the latest research could form the basis of a standard platform for textile-based bio-batteries. “There is a clear and pressing need for flexible and stretchable electronics that can be easily integrated with a wide range of surroundings to collect real-time information,” said Choi. “Those electronics must perform reliably even while intimately used on substrates with complex and curvilinear shapes, like moving body parts or organs. We considered a flexible, stretchable, miniaturized biobattery as a truly useful energy technology because of their sustainable, renewable and eco-friendly capabilities.”

The batteries have great potential to be used in wearables; even a wearer's sweat could become the fuel to support bacterial viability needed to power the batteries. “If we consider that humans possess more bacterial cells than human cells in their bodies, the direct use of bacterial cells as a power resource interdependently with the human body is conceivable for wearable electronics,” said Choi. The research has been published in the paper “Flexible and Stretchable Biobatteries: Monolithic Integration of Membrane-Free Microbial Fuel Cells in a Single Textile Layer,” in the journal, Advanced Energy Materials. The research was a cross-collaboration between the National Science Foundation, the Binghamton University Research Foundation and a Binghamton University ADL (Analytical and Diagnostics Laboratory) Small Grant.

Assistant professor Choi is an expert in the development of micropower. His main focus has been in the development to power point-of-care (POC) diagnostic biosensors for medical applications. "On-demand micro-power generation is required especially for point-of-care diagnostic applications in developing countries," said Choi. "Typically, those applications require only several tens of microwatt-level power for several minutes, but commercial batteries or other energy harvesting technologies are too expensive and over-qualified. Also, they pose environmental pollution issues." The results of this research have resulted in the creation of paper-based, bacteria-powered battery that employs microbial fuel cells with inactive, freeze-dried exoelectrogenic cells which can generate power within minutes of adding human saliva.

Choi’s and his team of researchers described the battery saying: "The proposed battery has competitive advantages over other conventional power solutions because the biological fluid for on-demand battery activation is readily available even in the most resource-constrained settings, and the freeze-drying technology enables long-term storage of cells without degradation or denaturation.”

The team is now working to expand the capacity of the battery. "Now, our power density is about a few microwatts per centimeter square. Although 16 microbial fuel cells connected in a series on a single sheet of paper generated desired values of electrical current and voltage to power a light-emitting diode (LED), further power improvement is required for other electronic applications demanding hundreds of milliwatts of energy," said Choi.