For many years, scientists have known that dung beetles use celestial bodies to help them navigate, but no one has really been able to figure out exactly how they do it. Dung beetles scour around collecting feces, assembling what they find into a giant ball and rolling it around with their hind legs. For a creature that forages, it is then incredibly important to be able to find its way back home. Researchers knew that the interesting beetles used celestial navigation due to the 'dung beetle dance' they do on top of their dung ball when they are determining where to move. This action reflected some form of reasoning inside the beetle when looking upward. Intrigued by this, scientists took the beetles, and put them in a setting where they controlled the positioning of celestial bodies (a room), and they made an incredible discovery. 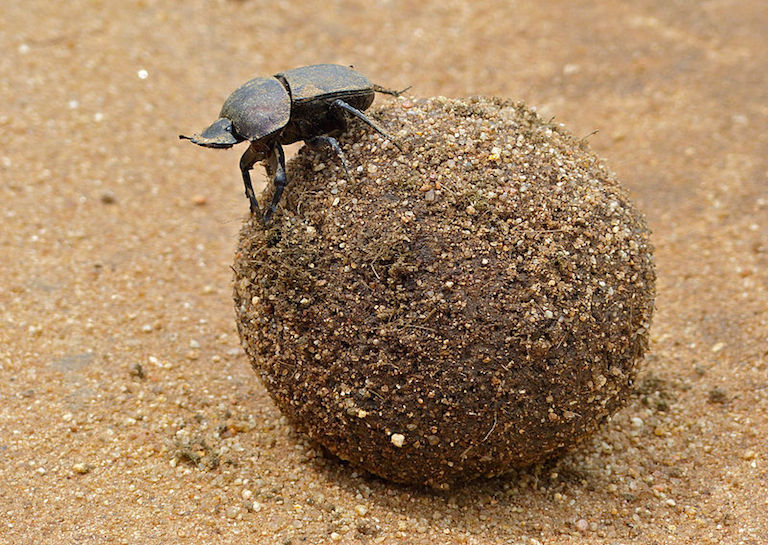 What these scientists found, was that the dung beetles actually memorize the placement of stars, the moon and the sun in the sky and use this mental snapshot to navigate back home. The dance that the beetles do appears to be the way the little bug creates a mental image of the sky, allowing them to interpolate directions and navigate from wherever they may find themselves.

This is particularly amazing given the fact that it is the first proven insect with this ability, and it demonstrates a memory not previously seen on this scale. To further improve their study, according to Science Alert, the researchers adjusted light gradients in their artificial sky, and were able to control the direction the dung beetles went. Findings like this were ultimately what confirmed that the dung beetle was using mental snapshots to navigate back to their home.

The research team believes that by studying these beetles, algorithms could be developed to autonomously navigate robots using only what they can see in the sky. Celestial navigation was used by sailors, and it is still is today, but on a much larger scale. The fact that a small beetle can navigate back to its dwelling suggests that there is a lot we really do not know about how insects work. For those of you that want to learn a little more about dung beetles, and perhaps laugh a little bit, check out the hilarious video below.

15 Essential Gadgets for Hiking Lovers to Take in the Wild