Researchers have successfully completed trials in non-human primates that show the compound AT-121 provides pain relief without addiction potential.

An opioid epidemic is sweeping the United States and officials are at loss for solutions. Patients prescribed painkillers for injury or chronic pain have found it hard to release themselves from the grip of the drug long after their prescriptions have ended. 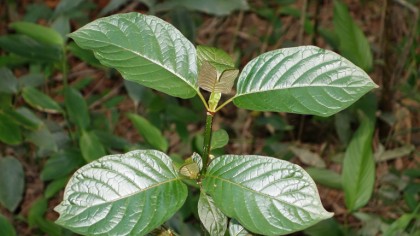 This addiction has caused a massive rise in the use of street grade heroin in the United States, with as many 115 people overdosing each day from opioid addiction. In good news, scientists from the Wake Forest School of Medicine with support from the National Institute on Drug Abuse have been working to develop a non-addictive painkiller.

So far the research has been only conducted on animal subjects, but results are looking good. AT-121 is the new chemical compound developed by the researchers.

It has proven to have a dual therapeutic action that suppresses the addictive effects of opioids and produced morphine-like analgesic effects in non-human primates. "In our study, we found AT-121 to be safe and non-addictive, as well as an effective pain medication," said Mei-Chuan Ko, Ph.D., professor of physiology and pharmacology at the School of Medicine, part of Wake Forest Baptist Medical Center.

The scientists were focused on designing and testing a chemical compound that would be effective on the mu opioid receptor, the main component in the most effective prescription painkillers, and the nociceptin receptor, which opposes or blocks the abuse and dependence-related side effects of mu-targeted opioids. “We developed AT-121 that combines both activities in an appropriate balance in one single molecule, which we think is a better pharmaceutical strategy than to have two drugs to be used in combination,” Ko explained.

Study will push towards human trials

The researchers observed that AT-121 was able to provide the same level of pain relief as other drugs but at a 100-times lower dose than morphine. At that dose level, it also softened the addictive effects of oxycodone, a commonly abused prescription drug.

Not only was AT-121 able to provide pain relief without the addiction potential it also lacked the side effects usually presented with common opioids that include itch, respiratory depression, tolerance, and dependence. “Our data shows that targeting the nociceptin opioid receptor not only dialed down the addictive and other side-effects, it provided effective pain relief,” Ko said.

“The fact that this data was in nonhuman primates, a closely related species to humans, was also significant because it showed that compounds, such as AT-121, have the translational potential to be a viable opioid alternative or replacement for prescription opioids," he added. The research team will continue to examine the compound and collect more safety data before applying to the Food and Drug Administration for approval to begin clinical trials in people.

The findings are published in the August 29 issue of the journal Science Translational Medicine.