Scientists Develop Rat-Brained Robots That Can Navigate Through Unfamiliar Places

Robots with rodent brains are being built in a lab in Queensland University of Technology (QUT), Australia. Scientists have modeled the way rodents navigate and have built a root navigation system to match.

Rodents have a unique method of moving which enables them to find their way over, under and around obstacles. Robots need to have similar skills if they are to be integrated into ordinary situations. For robots to be fully autonomous, their ability to self-navigate is crucial. The idea to introduce robots into common working environments such as restaurants, warehouses, hospitals, and hotels relies heavily on robots being able to independently figure out their own routes through unfamiliar spaces.

Australian scientist Michael Milford has spent the last 14 years developing the rodent-robot navigation system. The system uses ‘artificial brains’ based on the way the way he and his team think the brains of rats work. 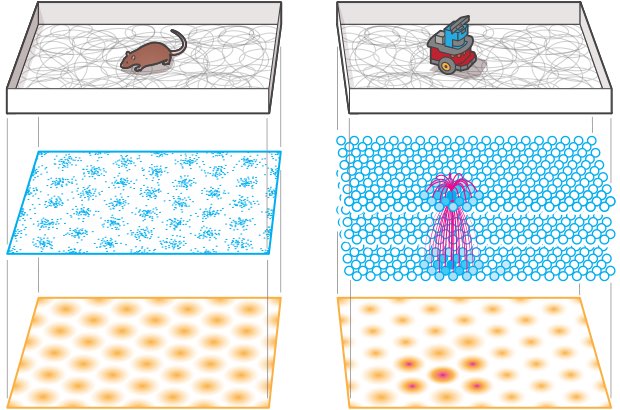 This is similar to how we observe rats. When you drop a common rat into unfamiliar territory, a maze of clear pipes in a lab for instance, the rat will immediately start to ‘map’ the area by sniffing, using its whiskers to measure diameters and testing out possible escape routes by finding ways to circumnavigate the immediate area. As the rat is doing these things its lightweight brain (just 2 grams!) spikes specialized mapping neurons.

The first group fires at registered landmarks, such as corners, and changes in height. The second group of neurons fire at regular distances. Another group of neurons registers in which direction the rat's head is turned, giving it something like an internal compass.  The combination of these neurons working together help the rat create a mental mind map of the area, thus giving the rat superb navigational abilities. What is important to note is rather than creating a human idea of a map, that is generally static, the rats have the ability to constantly update their navigational knowledge. This is the holy grail for robot makers. 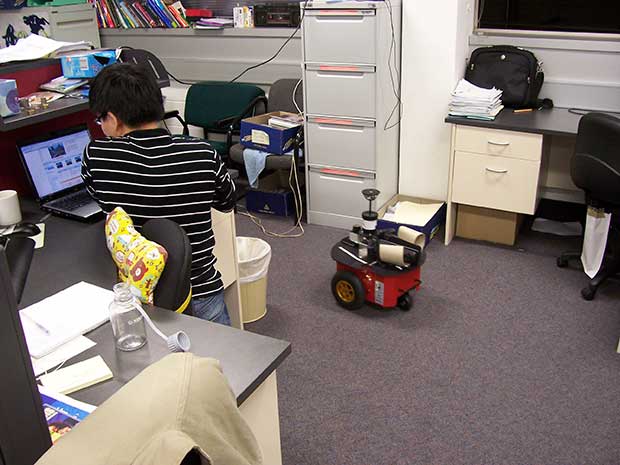 The lab at the University of Technology in Queensland has been developing this technology for over 14 years. Its previous rodent robot prototypes included an indoor parcel delivery machine that delivered over 1100 packages in a  two week period inside the lab.  Another bot mapped an entire Brisbane suburb using footage captured on a laptop.  Now the team is collaborating with heavy machinery company, Caterpillar.  The goal is to deploy a similar rodent brained bot into a fleet of rugged underground mining machinery.