An achievement in photonics and nanotechnology, the metamaterial developed by a team of scientists will have an impact in the areas of telecommunications and optical computing.

Metamaterials--the man-made materials which began their start as part of emerging stealth technology  during World War II due to their ability to bend waves in the radio and microwave region.

Thanks to 21st-century innovations related to optics, and nanotechnology, in particular, new approaches to metamaterials are also coming forward, even driving the creation of a new area within quantum physics.

Now a team of researchers, which is made up of scientists from King's College London, the University of Hartford, Paris Diderot University and UMass Lowell have developed a material which offers enhanced capabilities in terms of harnessing light.

The work is centered around metamaterials.

A New Approach to Bending Light

The scientists set out to enhance the existing light manipulation capabilities of these tiny, synthetic materials by devising a new method of tuning them.

As bending light waves is one of the fundamental capabilities of metamaterials, re-shaping their electromagnetic fields can lead to second-harmonic generation (SHG).

SHG, also known as frequency doubling, is a nonlinear optical process involving the introduction of the metamaterial with two photons sharing the same frequency. The result: a new photon which is half the wavelength of the original photons yet possesses twice the energy.

They were also able to effectively use materials which exhibited relatively poor nonlinear characteristics, generating an outcome with enhanced nonlinear properties.

“The enhancement comes from the way the metamaterial reshapes the flow of photons."

Podolskiy also touched on how this smart frequency recalibration will have a big impact with regard to nanophotonic devices:  “Today’s computer chips use electrons for computing."

"Electrons are good because they’re tiny. However, the frequency of electrons is not fast enough. Light is a combination of tiny particles, called photons, which don’t have mass. As a result, photons could potentially increase the chip’s processing speed."

Based on the favorable results, the team concluded that their work "demonstrates [the] emergence of structurally tunable nonlinear optical response in plasmonic composites and presents a new nonlinear optical platform suitable for integrated nonlinear photonics."

The Industry and Beyond

Within the broader context of the application, Podolskiy also is aware that their technique will allow for both (1) the phasing out of older components used in silicon chips and (2) enhanced optical communication capabilities on the same chip. 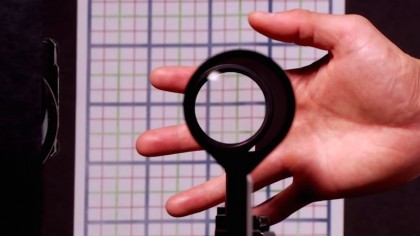 The compelling results confirm this.

"The end result would be the removal of the communication bottleneck, making parallel computing go so much faster. The vast majority of everyday objects, including mirrors, lenses and optical fibers, can steer or absorb these photons."

"However, some materials can combine several photons together, resulting in a new photon of higher energy and of different color," Podoslkiy said.

Details of the study appear in a paper, titled "Structural second-order nonlinearity in plasmonic metamaterials", which will be published December 20th in the Optica journal.