With the help of exoelectrogens, researchers are moving forward with their plans to fully develop a paper battery that stores energy for up to four months.

Perhaps in the ultimate nod to low cost and sustainable energy derivatives, a team of researchers from the State University of New York, Binghamton have developed a paper battery which uses bacteria as a power source.

Armed with the aim of developing the "next generation of electronics" capable of integrating "with non-planar surroundings for the emerging Internet-of-Things (IoT)" while being "environmentally-friendly to reduce the dramatic increase in electronic waste (e-waste)", they set out to create their biobattery by first stacking thin layers of printed materials onto paper. The next step was to introduce special bacteria known as exoelectrogens.

Exoelectrogens were chosen because they have the ability to shuttle electrons outside of their cells, which when activated with saliva or water, produce power. For now, we know that:

*The process takes a minutes to work and has a one-time use.

*It can successfully store energy for up to about 4 months.

*When tested, the energy production was enough to power a calculator as well as a light-emitting diode (LED).

In typical fashion, the scientists are sharing their work with the scientific community (to answer questions of "How does it work?"), followed by patenting and drumming up support from industry leaders (to answer the equally important question of "How will it work?).

The first phase involved them presenting at this week's National Meeting & Exposition of the American Chemical Society (ACS). The expo is an ideal place to showcase this new research as the ACS represents one of the largest gatherings of scientific minds in the world.

Seokheun Choi, Associate Professor in the university's Department of Electrical & Computer Engineering--who is also presenting details about the work at the conference, elaborated on the potential of this technology in the energy and electronics sectors:

"Paper has unique advantages as a material for biosensors," he said. "It is inexpensive, disposable, flexible and has a high surface area. However, sophisticated sensors require a power supply. Commercial batteries are too wasteful and expensive, and they can't be integrated into paper substrates. The best solution is a paper-based bio-battery." 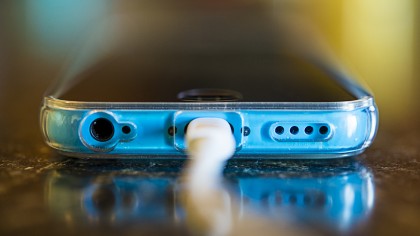 A work in progress

Though the work done by the team has yielded some very promising results, they are also quick to acknowledge that a strengthening of research and development (R&D) efforts is needed in order to elevate the technology to a level that fits the original vision behind its design.

In speaking about the next steps, Professor Choi said, "The power performance also needs to be improved by about 1,000-fold for most practical applications," adding, "This could be achieved by stacking and connecting multiple paper batteries".

In areas of the world where people continue to continue to experience immense challenges brought on by limited resources, biobattery innovations like these have the potential to make a difference.

Details about the study were shared in an article, titled "Merging Electric Bacteria with Paper", which was published in the Advanced Materials journal last month.