Scientists managed to eradicate an entire mosquito population by altering their DNA with the gene editing tool, CRISPR.

No one likes mosquitoes especially if you live in an area where the tiny creatures carry malaria or dengue fever viruses. But if you have ever wondered if it's possible to just eradicate the entire population of the bitey insects, the answer is yes.

Scientists have recently published a study that explains how they managed to eradicate an entire mosquito population by altering their DNA with the gene editing tool, CRISPR. Before you get excited that next summer will be mosquito free, choosing to take this study out of the lab would be altering the animal forever.

The scientists managed the amazing feat by using a gene drive. This is basically when change is made in one organism that is passed down to its children.

Using this method, the researchers from Imperial College London managed to completely destroy a trapped population of Anopheles gambiae, the species of mosquitoes that carry malaria in sub-Saharan Africa.

The researchers used the CRISPR gene editing tool to modify the gene for determining the sex in 150 male mosquitoes. They altered the gene so that the male gene was more dominant, meaning over time the population would stop producing females and therefore die out.

The altered mosquitoes were added to a larger population of 450 unaltered male and female mosquitoes. The gene editing worked and by the eighth generation after the introduction, there were no females in the population at all.

The researchers are now faced with the challenge of trying to figure out what would happen if this experiment was conducted on a larger population in the wild. Unfortunately, there are just so many other variables in nature that make it incredibly hard to guess. 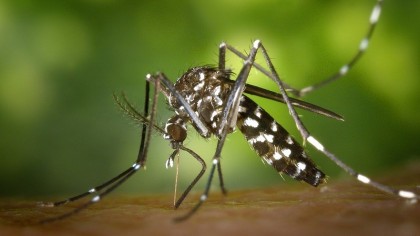 Lead researcher, Andrea Crisanti, said that it was unlikely to happen for another decade. Professor Crisanti added: “This breakthrough shows that gene drive can work, providing hope in the fight against a disease that has plagued mankind for centuries. There is still more work to be done, both in terms of testing the technology in larger lab-based studies and working with affected countries to assess the feasibility of such an intervention."

“It will still be at least 5-10 years before we consider testing any mosquitoes with gene drive in the wild, but now we have some encouraging proof that we’re on the right path. Gene drive solutions have the potential one day to expedite malaria eradication by overcoming the barriers of logistics in resource-poor countries.”

Scientists Use Nanobodies to Detect All Types of Ebola Virus