The novel robots can keep on functioning even if 20 percent of their components fail.

Researchers at Columbia Engineering and MIT Computer Science & Artificial Intelligence Lab (CSAIL) have engineered for the first time a particle robotic swarm with individual components that function as a whole. The novel kind of robot has never been seen before.

SEE ALSO: ACROBATIC ROBOTS THAT MIMIC INSECT FLIGHT MAY BE THE FUTURE OF DRONES

"You can think of our new robot as the proverbial "Gray Goo," said Hod Lipson, professor of mechanical engineering at Columbia Engineering.

"Our robot has no single point of failure and no centralized control. It's still fairly primitive, but now we know that this fundamental robot paradigm is actually possible. We think it may even explain how groups of cells can move together, even though individual cells cannot."

Although scientists have been building autonomous robots for years, these mainly consist of non-biological devices that cannot grow or heal. Now, Columbia Engineering/MIT's new scalable robots have the unique ability to continue to function even when individual parts fail to do so.

"We've been trying to fundamentally rethink our approach to robotics, to discover if there is a way to make robots differently," said Lipson who directs the Creative Machines lab.

"Not just make a robot look like a biological creature but actually construct it like a biological system, to create something that is vast in complexity and abilities yet composed of fundamentally simple parts."

The researchers created their swarm by using many identical particles. These key individual components could each perform a simple motion like expansion and contraction. But together, they become a whole entity that can continue to function even if some parts of it are damaged. 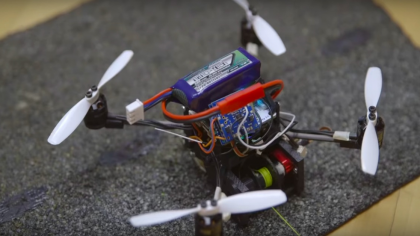 "All creatures in nature are made of cells that combine in different ways to make organisms. In developing particle robots, the question we ask is, can we have robotic cells that can be composed in different ways to make different robots? The robot could have the best shape required by the task -- a snake to crawl through a tunnel or three-handed machine for a factory floor. We could even give these particle robots the ability to make themselves. Suppose, for example, that a robot needs a screwdriver from the table -- the screwdriver is too far to reach. What if the robot could reshuffle its cells to grow an extra long arm? As its goals change, its body can change too," said CSAIL Director Daniela Rus.

The researchers further modeled the robots' movements in simulations. Using hundreds and thousands of particles, they tested for obstacle avoidance and object transport. They found that their particle robotics were able to survive both noisy interference and the failure of some of their individual components.

"We found that our particle robots maintained approximately half of their fully functioning speed even when 20 percent of the particles are dead," said Richa Batra, co-first author of the paper and Lipson's Ph.D. student who led the simulation studies.

The study is published today in Nature.