Scientists Engineer Plant Cellulose Foam That Can Be Turned into Bone

The material is being touted as the implant substance of the future.

In what may be the most impressive new of the week, researchers have developed plant cellulose foam that can be turned into bone. The material is being touted as the implant substance of the future.

Airy and foamlike, it can easily be injected into the body to provide scaffolding for the growth of new bone.

"Most bone graft or implants are made of hard, brittle ceramic that doesn't always conform to the shape of the hole, and those gaps can lead to poor growth of the bone and implant failure," said study author Daniel Osorio, a Ph.D. student in chemical engineering at McMaster.

"We created this cellulose nanocrystal aerogel as a more effective alternative to these synthetic materials."

To achieve this material the researchers worked with nanocrystals derived from plant cellulose. They engineered them to link up and form a strong yet lightweight sponge-like structure.

The result is an aerogel-like substance that can compress or expand as needed to fill out a bone cavity. To further study the substance, the team worked with two groups of rats.

"These findings show, for the first time in a lab setting, that a cellulose nanocrystal aerogel can support new bone growth," said study co-author Emily Cranston, a professor of wood science and chemical and biological engineering who holds the President's Excellence Chair in Forest Bio-products at UBC.

Breaking down into non-toxic components

But what happens to the aerogel in the body once the bone starts to heal? It conveniently breaks down into a non-toxic substance that can be eliminated. 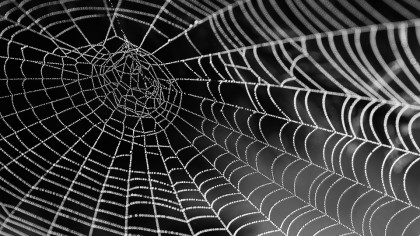 The development has many applications and, best of all, it is an economical alternative compared to existing options.

"We can see this aerogel being used for a number of applications including dental implants and spinal and joint replacement surgeries," said Grandfield.

"And it will be economical because the raw material, the nanocellulose, is already being produced in commercial quantities."

Still, there is quite some time and research that needs to be done before the material can hit operating rooms.

"This summer, we will study the mechanisms between the bone and implant that lead to bone growth," said Grandfield.

"We'll also look at how the implant degrades using advanced microscopes. After that, more biological testing will be required before it is ready for clinical trials."

The study is published in the journal Acta Biomaterialia.

Old Batteries Can Now Be Recycled into Fertilizer