Bioengineer Found a Boiling River in the Depths of the Amazon

A Peruvian legend was proven by scientists: the boiling river of the Amazon exists.

One Peruvian geoscientist studying geothermal energy accidentally discovered a childhood legend. Andrés Ruzo followed a myth told by his grandfather about a boiling river. The childhood legend And proved to be fascinatingly real.

According to the legend, Incan emperor Atahualpa was captured and killed by Spanish conquerors looking for gold. The Spaniards got what they wanted and returned to Spain to boast in their successes. However, gold brought on more Spaniards to the Incas. The Spaniards demanded to know where the gold could be found. Looking for revenge, the Incas told them to go deep into the Amazon:

"You'll find all the gold you want there. In fact, there is a city called Paititi made entirely of gold."

Legend says that the conquerors set off into the jungle, but the few that returned came back with stories of powerful shamans, warriors with poisoned arrows, trees so tall they blotted out the sun, spiders that ate birds, snakes that swallowed men whole - and a river that boiled. 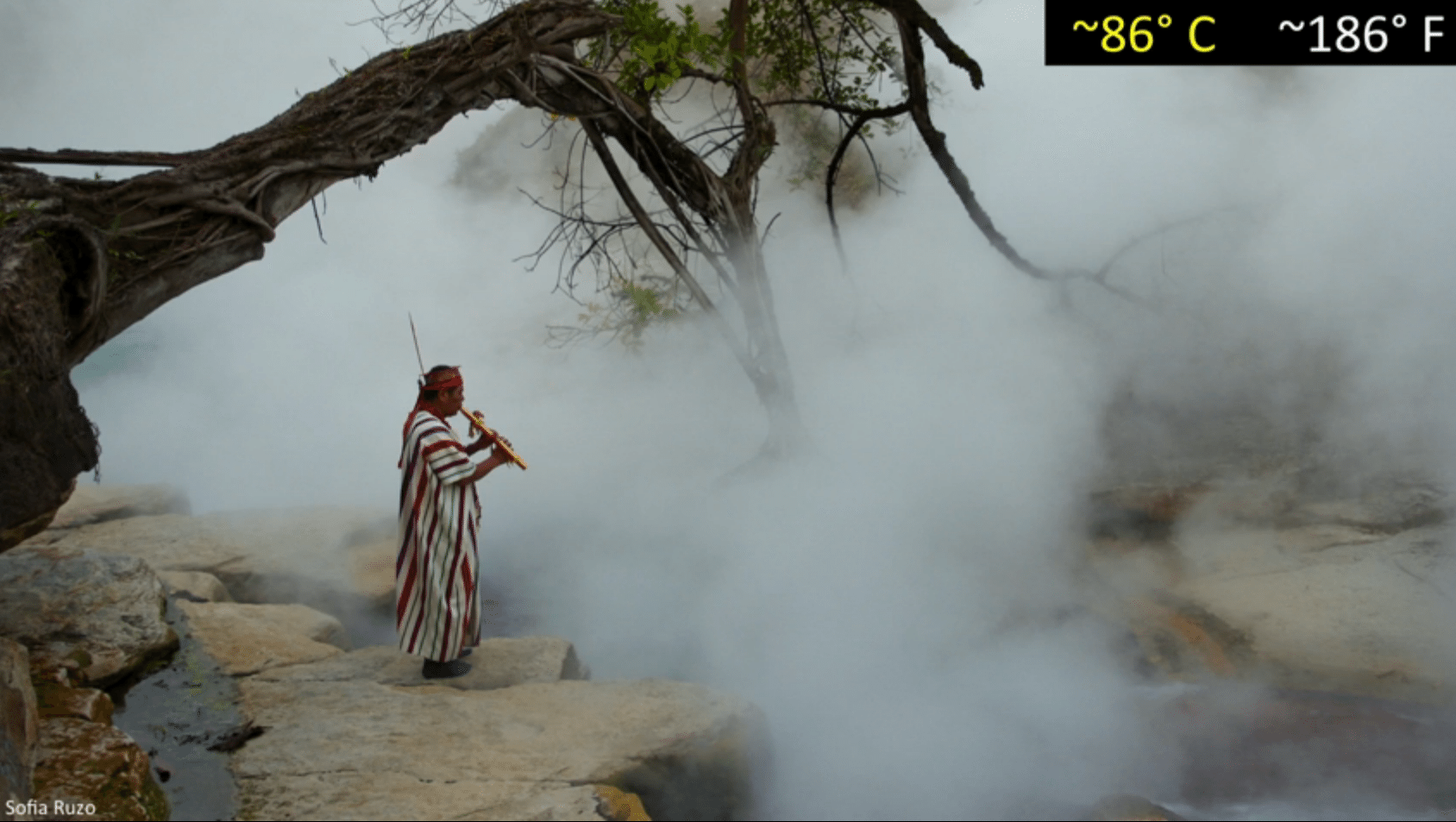 Ruzo said the legend always fascinated him. Ruzo became a Ph.D. student working on geothermal energy potential in Peru. During his studies, he kept going back to the legend his grandfather told him. He began to wonder if the boiling river could actually be real.

Ruzo started asking questions to his colleagues, oil companies, mining companies, gas companies and even the government. None of his queries returned fruitful. Boiling rivers are most often associated with volcanic activity. Water needs a powerful heat source to produce such a large amount of geothermal energy. However, there are not volcanoes in the Amazon, nor in the majority of Peru. There shouldn't be a boiling river. 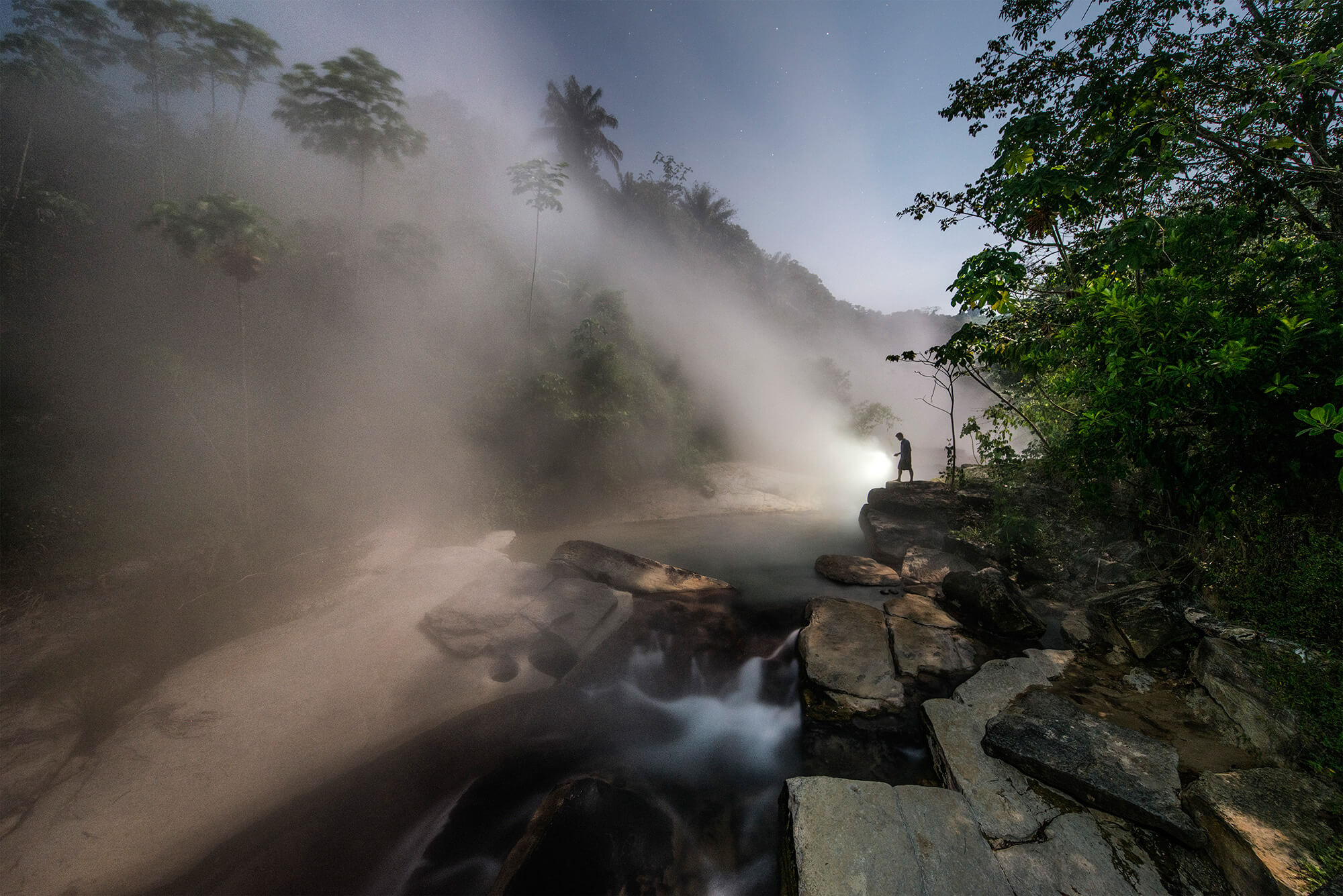 "Telling this same story at a family dinner, my aunt tells me, 'But no, Andrés, I've been there. I've swum in that river.' Then my uncle jumps in. 'No, Andrés, she's not kidding. You see, you can only swim in it after a very heavy rain, and it's protected by a powerful shaman. Your aunt, she's friends with his wife.'"

According to the Ruzo, he found himself hiking into the jungle, guided by his aunt. And 700 km away from the nearest volcanic center, they found the river. 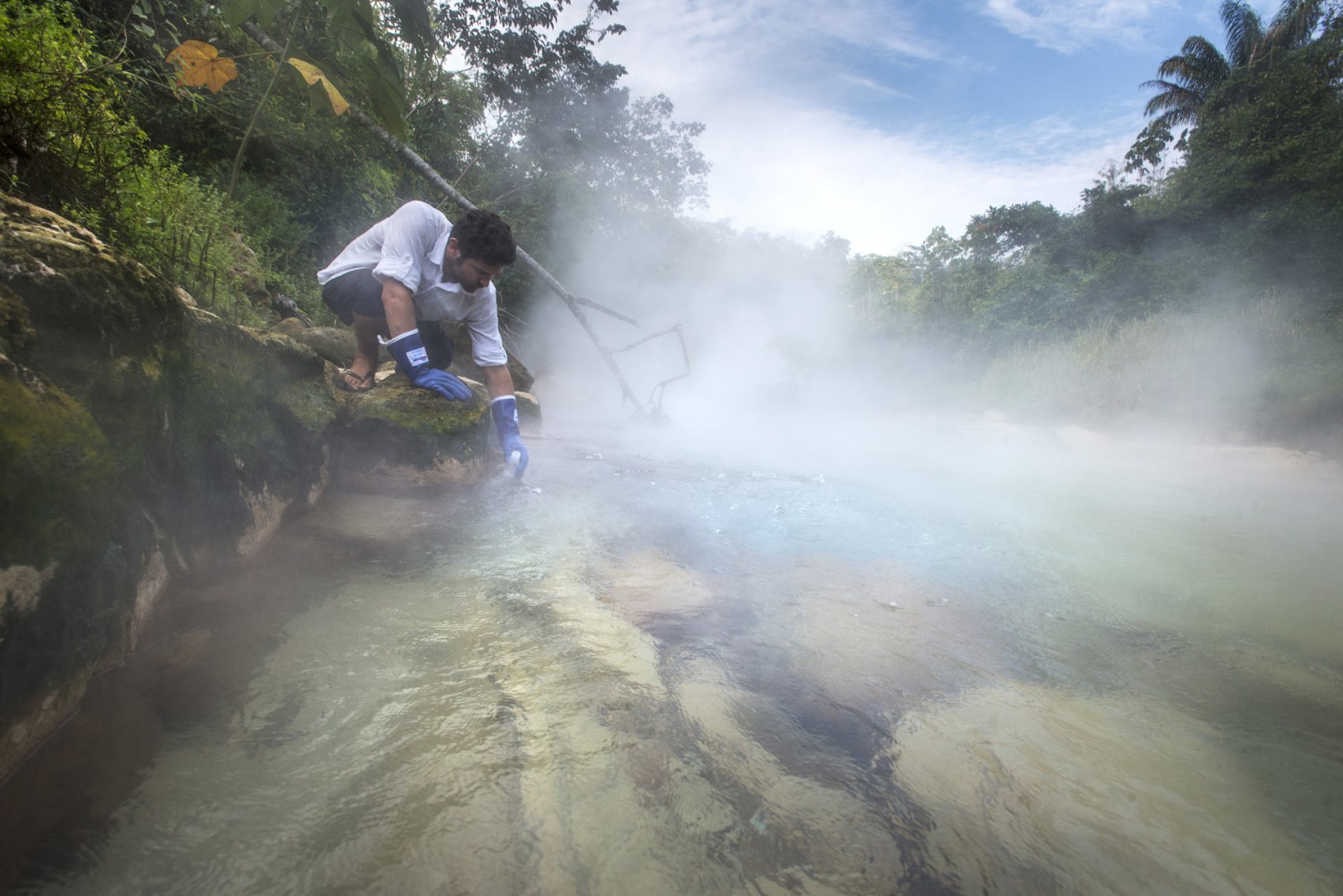 "I immediately grabbed for my thermometer, and the average temperatures in the river were 86 degrees C. This is not quite the 100-degree C boiling but definitely close enough. The river flowed hot and fast. I followed it upriver and was led by, actually, the shaman's apprentice to the most sacred site on the river. And this is what's bizarre -- It starts off as a cold stream. Here, at this site, is the home of the Yacumama, mother of the waters, a giant serpent spirit who births hot and cold water. Here we find a hot spring, mixing with cold stream water underneath her protective motherly jaws and thus bringing their legends to life. And learned indigenous name of the river, Shanay-timpishka, 'boiled with the heat of the sun.'" 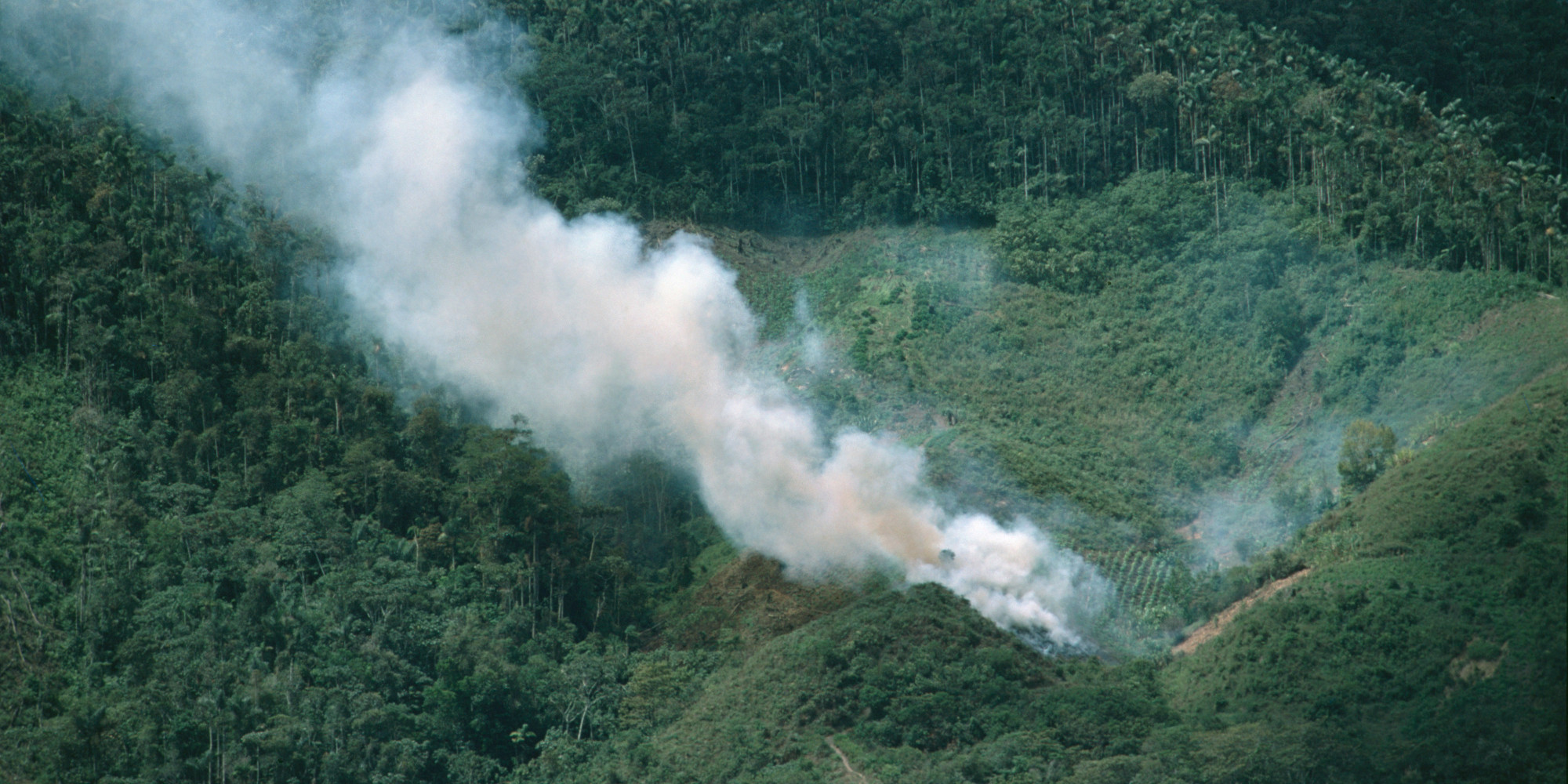 So why does the river boil?

Ruzo explains that the earth has hot water running through its cracks and faults. Where these arteries come to the surface, we get geothermal manifestations: fumaroles, hot springs and in this case, the boiling river. The deeper you go into the earth, the hotter it gets (aka geothermal gradient). The waters could be coming from as far away as glaciers in the Andes, then seep down deep into the earth and come out to form the boiling river after getting heated up from the geothermal gradient, all due to this unique geological setting.

Ruzo and his friends are still working on to solve the unique secret of the river. And finding new things every day. If you like to learn all the story and get further scientific information, you can watch his TED Talk above. He also recently published a book about his adventures called The Boiling River.

Ruzo's discovery could mean a better understanding of geothermal processes. It could also expand opportunities to harness geothermal energy in ways we never expected.

How Amazon Is Dealing With the Global Shipping Crisis