The neurons that give us the ability to perceive sweetness in foods have been identified by scientists in Japan.

Scientists have discovered the cluster of neurons in the brains of mice that encode the taste of sweetness.

The sense of taste is one of an animal's most primal senses. The sensitivity to the presence of certain chemicals in food--which animals perceive as taste--can be the difference between eating a plant that nourishes the body and eating one that poisons it.

Plants aren't stupid either, evolutionarily speaking. The berries and fruits produced by many species of flora is filled with seeds and sugar, enticing animals to eat them and spread the seeds more widely; evolution even found a way to get animals to fertilize the undigested seeds with their own excrement.

Given how important the sense of taste is in the ecosystem as a whole, we know surprisingly little about the way our brains process these signals from our taste buds. This month, scientists in Japan have gotten us one step closer to understanding this vital and complex system with a new study published in the journal Cell Reports that reveals the cluster of neurons in the brains of mice that are responsible for encoding the taste of sweetness.

In mice, sensory information related to hunger, satiety, and the taste signals produced by different foods passes through the parabrachial nucleus of the pons (PNP) region of the brainstem, which routes these signals to the cortex via the gustatory thalamus (GT).

We know that somewhere in this process, different taste signals get encoded with sweetness, bitterness, sourness, saltiness, umami, or some combination of these five basic tastes, but until now we've been unable to isolate the neuron cluster that performs this encoding.

Ken-ichiro Nakajima and a team of researchers from the National Institute for Physiological Sciences (IPS) in Japan looked for likely candidate clusters and focused their attention on neurons that express the transcription factor SatB2, whose purpose and function have been a mystery up until now.

"We've known about the presence of taste-responsive neurons in the parabrachial nucleus for over 40 years," said Nakajima, a co-author of the study. "Only recently have we had the appropriate molecular markers and imaging methods to properly characterize these neurons--we used cell ablation, in vivo calcium imaging, and optogenetics to define the role of SatB2-expressing neurons is in the sensation of taste." 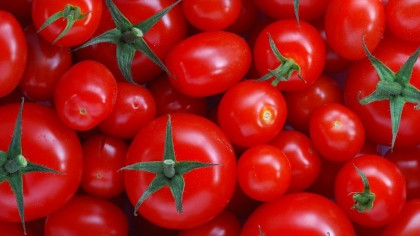 These SatB2-expressing neurons in the PNP proved to be the vital bridge between the taste sensors on the tongues of mice and the interpretation of sweet-tasting food that has been so evolutionarily important. As the signals pass through these neurons on their way to the GT, signals from the sweet sensing taste buds on the tongues of mice are encoded with this information before it continues on, where the team observed how these signals induced appetitive licking behavior in the mice.

Using selective ablation, the researchers were able to "turn off" the SatB2-expressing neurons, causing the mice to lose their ability to taste sweet substances. They were also able to selectively activate these same neurons, producing a significant response from the mice, who dramatically increased their licking behavior and lapped up tasteless water with an intensity normally seen when offered a sweet-tasting liquid.

Importantly, this did not affect the encoding of other tastes, indicating that this specific SatB2-expressing neuron cluster in the PNP has the limited responsibility of encoding sweet tastes and nothing else. "Our findings indicate that different taste qualities are processed by different types of neurons, at least in the brainstem," said Ou Fu, a member of the IPS research team and the lead author of the study. "The next important step will be to identify a whole set of gustatory neurons, including SatB2 neurons, in the mouse parabrachial nucleus. This will allow us to understand how their assemblage forms complex flavors."

Researchers Create Device that Observes Hundreds of Neurons in Real-Time