Desalination of seawater happens in two general ways at present: by vacuum distillation, where the water is boiled at a pressure below the atmospheric, and by reverse osmosis, where the salt is extracted by pushing the water through semi-permeable membrane. Scientists at The University of Texas at Austin and the University of Marburg in Germany invented third way of seawater desalination which is far simpler and requires less energy than the conventional methods. 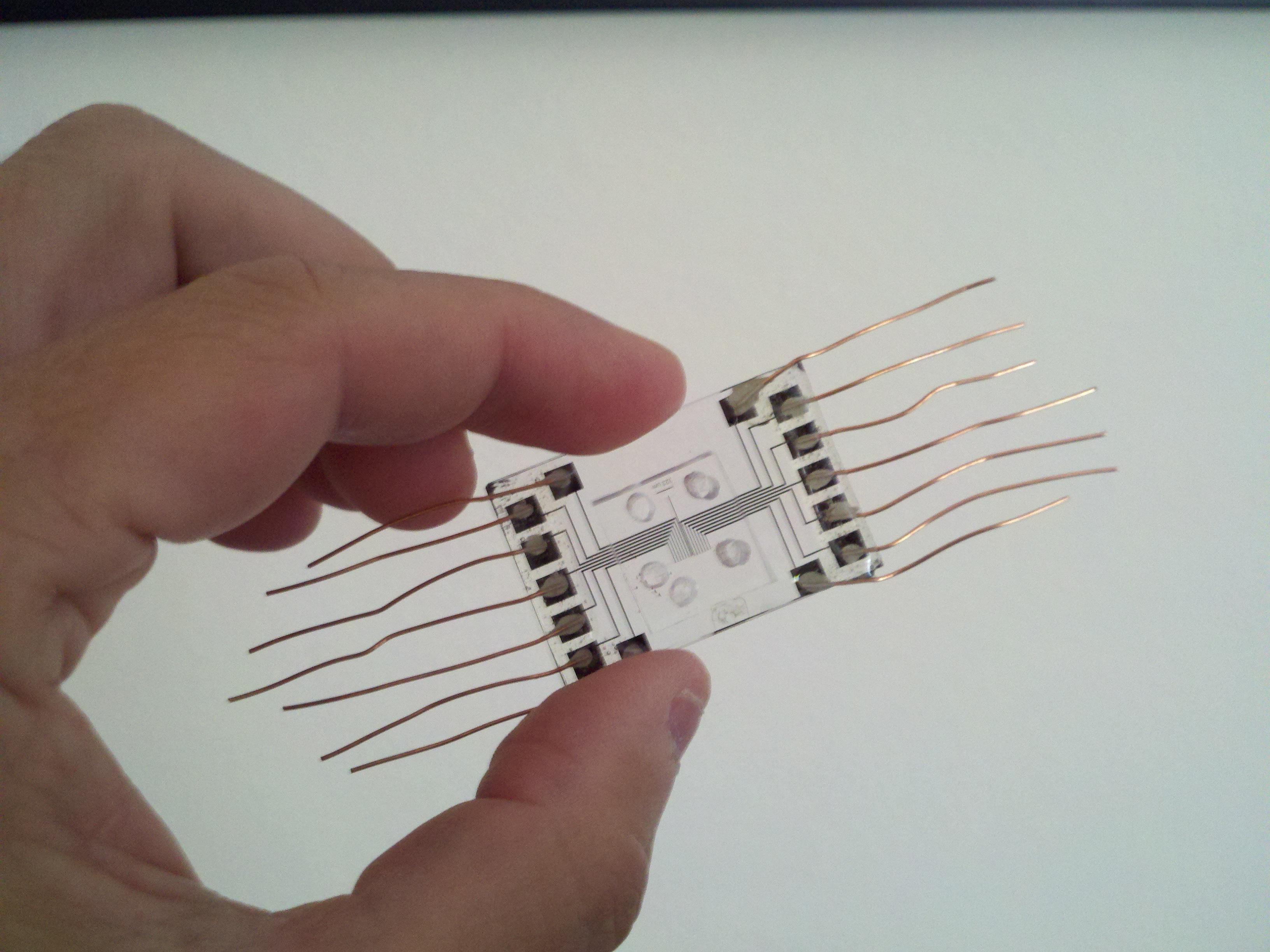 This third method consists of applying a small voltage (3.0 volts) to a plastic chip filled with seawater. The chip has a micro-channel with two small tubes. A built in at the joint of the tubes electrode neutralizes some chloride ions, thus creating an “ion depletion zone” with higher than the rest of the channel local electric field.

This “ion depletion zone” formed at the junction of the channel increases the local electric field compared to the rest of the channel. This change in the electric field redirects the salt molecules into one tube, allowing water without salt to pass through the other tube.  At this point the team achieved 25% desalination. Although drinking water requires 99 % desalination, they are confident that goal is reachable.

The scientists were led by Richard Crooks of The University of Texas at Austin and Ulrich Tallarek of the University of Marburg. The commercial development is held by Okeanos Technologies, a startup company that is trying to patent the invention.

Many of the water-stressed regions have access to abundant seawater but they can’t afford the energy or the money required for the conventional methods. If the project is developed and completed successfully it could solve these fresh-water difficulties.

“People are dying because of a lack of freshwater,” said Tony Frudakis, founder and CEO of Okeanos Technologies. “And they’ll continue to do so until there is some kind of breakthrough, and that is what we are hoping our technology will represent.”