Using a very powerful laser, scientists made history and stopped an electron. This successful experiment marks an important moment for quantum theory.

With laser a million times brighter than the surface of the sun, scientists accomplished a historic feat, stopping an electron in its tracks. The successful experiment was accomplished by researchers using the power of the mysterious phenomenon of radiation reaction. Data collected from this study will be the first iteration and evidence from quantum models that have never been tested.

What is Radiation Reaction?

Scientists believe that radiation reaction may occur in some of the most extreme environments across our universe including but not limited to supermassive black holes, standard black holes, and quasars. Also dubbed the Abraham Lorentz force or self-force, in the physics of electromagnetism, the recoil force on an accelerating charged particle is called radiation reaction. In short, imagine a beam of light hitting an object. Some of the light is bounced back from the object. Even more so, if you happened to shine an intense beam of light on the object that is moving incredibly fast it can result in very violently shaking up the electrons actually slowing the electrons down to an almost complete stop.

This is the first time an event like this occurred in a controlled setting.  Achieved in a radiation reaction lab, the researchers and scientists created the quantum event by using a Gemini Laser at the Science and Technology Facilities Council's Central Laser Facility a research center part of the Imperial College London. Dr. Stuart Managles from the Department of Physics at Imperial College London described the experiment by stating, "We knew we had been successful in colliding the two beams when we detected very bright high energy gamma-ray radiation. The real result then came when we compared this detection with the energy in the electron beam after the collision. We found that these successful collisions had a lower than expected electron energy, which is clear evidence of radiation reaction".

The exciting results of fell into line perfectly with a previously hypothesized theory that is based on the principles of quantum electrodynamics, providing some of the first evidence quantum models that have not been tested in experiments. 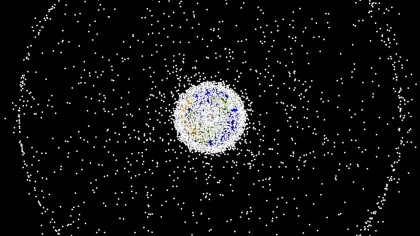 The study's co-author Professor Alec Thomas from Lancaster University expressed his excitement for the study stating, "One thing I always find so fascinating about this is that the electrons are stopped as effectively by this sheet of light, a fraction of a hair's breadth thick, as by something like a millimeter of lead. That is extraordinary."