In a recent study, scientists have uncovered a region of the brain responsible for shutting down fears, and how its failure to do so can create sudden, unexpected terror.

By  John Loeffler
Apr 03, 2019
University of Texas at Austin

Neuroscientists have uncovered a new cluster of neurons related to the suppression of painful or fear-inducing memories and how the deactivation of these neurons can allow sudden, unexpected re-emergence of these fear memories.

Uncovering the Source of Fear-Inducing Memories

Researchers at the University of Texas at Austin (UT Austin) have uncovered a cluster of neurons in the brain that are the cause of the unexpected recall of frightening memories, providing new leads for treating phobias and post-traumatic stress disorder (PTSD).

RELATED: THIS ARTIFICIAL INTELLIGENCE PROGRAM KNOWS WHAT YOU FEAR

In a paper published in the journal Nature Neuroscience, the neuroscientists describe the discovery of “extinction neurons” that are responsible for suppressing fearful memories while activated and whose sudden deactivation allows fearful memories to suddenly be recalled.

Scientists have long known about this phenomenon of certain painful or frightening memories re-emerging when someone least expects it, but until now, they had no idea why this happens.

"There is frequently a relapse of the original fear, but we knew very little about the mechanisms," said Michael Drew, associate professor of neuroscience at UT Austin and senior author of the paper. "These kinds of studies can help us understand the potential cause of disorders, like anxiety and PTSD, and they can also help us understand potential treatments."

How the Hippocampus Suppresses Fears

Scientists normally associate fear with a region of the brain called the amygdala, but the UT Austin researchers found that another part of the brain, the hippocampus, has an important role in suppressing these memories. 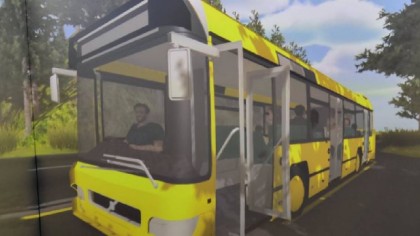 Virtual Reality Could Be Used to Treat Phobias in Autistic Children

The hippocampus is related mostly to many aspects of memory and spatial navigation, appearing to play a major role in the contextualization of fear by associating fearful memories to certain events or locations. This helps explain who exposure therapy, where a person is exposed to certain phobias in a safe environment to create “safe” memories that override the fear-inducing ones, can sometimes stop working. Importantly, these safe memories, called extinction memories, do not replace the original fear-inducing memories.

"Extinction does not erase the original fear memory but instead creates a new memory that inhibits or competes with the original fear," Drew said. "Our paper demonstrates that the hippocampus generates memory traces of both fear and extinction, and competition between these hippocampal traces determines whether fear is expressed or suppressed."

The researchers took mice and gave them a tiny shock while they were inside of a distinctive box to create fear-memories associated with the box. When the mice were placed in the box afterward, they would display fearful behavior until repeated exposure to the box without being shocked created “safe” extinction memories.

The researchers then used a tool called optogenetics that deactivated the extinction neurons in the hippocampus. "Artificially suppressing these so-called extinction neurons causes fear to relapse, whereas stimulating them prevents fear relapse," Drew said. "These experiments reveal potential avenues for suppressing maladaptive fear and preventing relapse."