Using epigenetics, researchers have revealed a new approach to Alzheimer's that may eventually make it possible to reverse memory loss.

Alzheimer's is a much-feared condition that, according to the Alzheimer's Association affected over 5.7 million people in the US alone, in 2018. The disease wreaks havoc on the brain, and when it comes to treatment, there is little good news.

Epigenetics to the rescue

Now, a team led by University of Buffalo scientists has revealed a new and hopeful approach to Alzheimer's that may even eventually make it possible to reverse memory loss. The approach is called epigenetics. 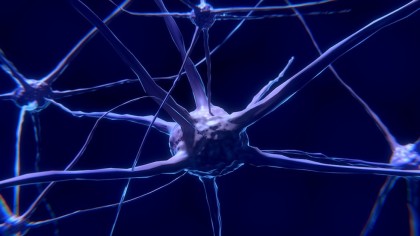 Epigenetics consists of bringing heritable changes in gene expression that do not involve changes to the underlying DNA sequence. This method can be achieved by focusing on gene changes caused by influences other than DNA sequences.

The study was carried out on mouse subjects carrying gene mutations for familial Alzheimer's.

"In this paper, we have not only identified the epigenetic factors that contribute to the memory loss, we also found ways to temporarily reverse them in an animal model of Alzheimer's," said senior author Zhen Yan, PhD, a SUNY Distinguished Professor in the Department of Physiology and Biophysics in the Jacobs School of Medicine and Biomedical Sciences at UB.

Alzheimer's is caused by gene expression changes that happen later in life, but little is known about how they occur. Now, this team of researchers has identified a possible key reason for this dreadful cognitive decline.

It turns out glutamate receptors, essential to learning and short-term memory, are lost during these changes.

"We found that in Alzheimer's disease, many subunits of glutamate receptors in the frontal cortex are downregulated, disrupting the excitatory signals, which impairs working memory," Yan said.

This devastating loss of glutamate receptors is the result of an epigenetic process known as repressive histone modification. This process is very high in Alzheimer's patients.

Now, this approach may lead to potential new and more effective drug targets.

"Our study not only reveals the correlation between epigenetic changes and AD, we also found we can correct the cognitive dysfunction by targeting the epigenetic enzymes to restore glutamate receptors," Yan explained.

Furthermore, Yan outlined the importance of an epigenetic process being applied to all brain disorders because this type of approach controls not just one, but many genes and these types of disorders are often polygenetic diseases.

"An epigenetic approach can correct a network of genes, which will collectively restore cells to their normal state and restore the complex brain function," Yan said. Talk about a tailor-fitted solution!

The study was published in the journal Brain.

We May Have Been Visited by Aliens, but Not the Way You'd Think