Magnesite could hold the solution for absorbing large amounts of CO2 from the atmosphere.

For the last two decades, in particular, the very real consequences that human activity have had in terms of carbon emissions creation have been laid bare for the entire world to see. However, the more pressing question of how to combat the effects is taking center stage.

Thanks to the radical and very proactive approach of a team of Trent University researchers in Ontario, Canada, it seems relief is on the horizon. It involves the use of polystyrene microspheres—spherical particles used for adsorption or crystallization with magnesite.

When magnesite, a naturally occurring rock, crystallizes, it absorbs CO2 at a 2 to 1 ratio: this means that for every half ton of atmospheric CO2, one ton of magnesite is required.

They also were able to show that the process was possible to achieve in only 72 hours. Another promising aspect of their work is that the polystyrene microspheres can be reused, which means that the process could be streamlined and put less strain on magnesite resources when fully developed.

The work of the team was presented this week at the annual Goldschmidt geochemistry conference in Boston. Trent University Assistant Professor of Environmental Geoscience and project leader Ian Power elaborated on how their work involved a rapid acceleration of the magnesite crystallization process: "Using microspheres means that we were able to speed up magnesite formation by orders of magnitude. This process takes place at room temperature, meaning that magnesite production is extremely energy efficient”.

Summing up the impact of their work and its relevance to carbon absorption, he stated: “Our work shows two things. Firstly, we have explained how and how fast magnesite forms naturally. This is a process which takes hundreds to thousands of years in nature at Earth's surface. The second thing we have done is to demonstrate a pathway which speeds this process up dramatically.”

Although optimistic about its potential, Powers is also quick to acknowledge that further research and development efforts will need to be done:

"For now, we recognise that this is an experimental process, and will need to be scaled up before we can be sure that magnesite can be used in carbon sequestration (taking CO2 from the atmosphere and permanently storing it as magnesite). This depends on several variables, including the price of carbon and the refinement of the sequestration technology, but we now know that the science makes it do-able." 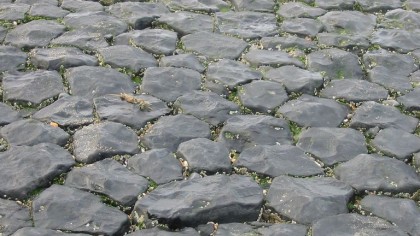 His body of work in recent years has been largely focused on exploring the possibilities of improving the approach to carbon sequestration or long-term storage, so refining the process will most doubt represent the next step in his research endeavors.

When we move beyond the phase of lamenting the environmental woes confronting current and future generations, we must get down to the work of devising and implementing strategies which tackle the problem of carbon emissions swiftly and directly. With important research endeavors like these, committed scientists are making an impact.

Here's How CO2 Is Removed from the Atmosphere