Not all water is made equal - researchers investigate new properties of water, which as it turns out, is not the same as water.

Not to be confused with heavy water, a water molecule containing a heavier isotope of hydrogen, normal water exists in two different forms with previously believed to share identical chemical properties. Researchers at the University of Basel have separated the two forms of water and have for the first time, proven each type exhibits different chemical properties. The findings were published Tuesday in the scientific journal Nature Communications.

To most, water is sought of as a molecule comprised of three parts, two parts hydrogen bound to a single oxygen atom. Others may understand a few other forms of water, like heavy-water, or super-heavy-water. But few know that on a molecular level, normal everyday water comes in two varieties.

The two types of water differ in one subtle aspect, the orientation of the nuclear spin on the hydrogen atoms. Each hydrogen atom spins due to subatomic physics not yet fully understood by modern science. What is understood, though, is that water comes in two different orientations depending on if the spins of the hydrogen align in the same direction or opposite - described to be ortho- or para-water respectively.

In the nucleus of the hydrogen, the proton can either be spinning up or down. With the two hydrogens atoms in a water molecule, it gives water two possible arrangements. Either both protons spin in the same direction, or they spin in the opposite. Assuming up is positive, it would represent a nuclear spin of ½ where a proton spinning the opposite way would reflect a -½.

In this picture, the spin of the protons is reflected by the arrows. Each arrow has a quantum number of +/-  ½ depending on the orientation of the molecule.

In water, this leaves the molecule with either a potential nuclear charge of either 1 where both protons spin in the same direction or where both spin in opposite directions making the spin equal to zero. The water types are described to be ortho- or para-water respectively (as seen above).

The new research group led by Professor Stefan Willitsch from the University of Basel’s Department of Chemistry, specifically set out to investigate the how the two different forms of water differed in their chemical reactivity - the way the molecules react in chemical reactions.

The research involved separating water into its isometric parts (para- and ortho-water) using an electrostatic deflector. The deflector works by introducing an electric field to a beam of atomized water. The difference in nuclear spin is enough to slightly vary the way the atoms interact with the field. As the water travels through the deflector, it begins to separate into its ortho- and para-water states.

Once the isomers are separated, the researchers could then initiate controlled reactions between the sorted water isomers and ultracold diazenylium molecules held in place by an ion trap. During this reaction, a diazenylium ion transfers one of its protons to a water molecule - a chemical interaction observed in interstellar space.

For two studies previously separated by a quantum wall, it appears as though water has lifted the veil and broken the separation between chemistry and nuclear physics. The massive degree difference in reactivity discovered means quantum effects must be taken into account outside of the quantum world and into reality. 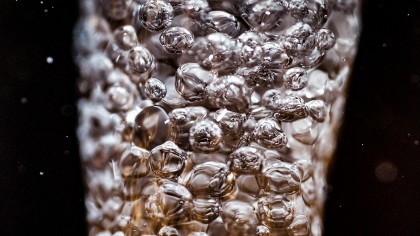 Perhaps the research will enable scientists to create new forms of fuel far more efficient than ever before. There are many things still not understood about quantum mechanics, and while it brings more questions than it answers, scientists are certain water is not water, and water is certainly not made equal.

The recent advancements have unlocked new secrets of water revealing when separated by quantum spin, its chemical reactiveness is significantly impacted. The effect is incredibly bizarre, and scientists are eager to understand all of its inner workings.

According to Willltsch, “The better one can control the states of the molecules involved in a chemical reaction, the better the underlying mechanisms and dynamics of a reaction can be investigated and understood.”

How Different Bridges Are Built for Different Situations