Some scientists feel that the recent action taken to contact Luyten’s star was not a wise decision, prompting larger debates about making contact with extraterrestrials.

In the latest effort to make contact with alien life, a team of astronomers has decided to beam out a welcoming message that will make contact with an adjacent star system, and according to their calculations, we won’t have to wait long for a response: less than 25 years, to be exact.

The recipient of the message will be Luyten’s star, also known as GJ273. The red dwarf is located in the relatively small Canis Minor constellation, which is 12.36 light years from the Sun. Because of the position of GJ273b, a Super Earth orbiting the dwarf, it was identified as a potential target for contact.

Reports from the Messaging Extraterrestrial Intelligence (METI) International, the organization supporting the broadcast, are optimistic, yet they are quick to acknowledge that there is the likelihood that there will be no reply at all: "I think that's an unlikely outcome, but it would be a welcome outcome," METI president Douglas Vakoch said in a statement.

The information inside is a technology time capsule of sorts, containing information about radio waves, mathematics, geometry, and even a detailed explanation about the system for keeping time on our planet.

The team pulled off the transmission—which took an incredible three days and eight hours in total—by integrating all the information into a binary system of paired alternating frequencies. A radio telescope in Tromsø, Norway was chosen as last month’s launching point.

Despite the atmosphere of optimism, METI’s actions are not without its critics. Members of Search for Extraterrestrial Intelligence (SETI), the parent orgnization from which METI developed, were unrestrained in their criticism of METI’s actions, acknowledging the many potential dangers it could pose:

"Ninety-eight percent of astronomers and SETI researchers, including myself, think that METI is potentially dangerous, and not a good idea," shared Dan Werthimer, one of SETI’s chief scientists, adding, "It's like shouting in a forest before you know if there are tigers, lions, and bears or other dangerous animals there." 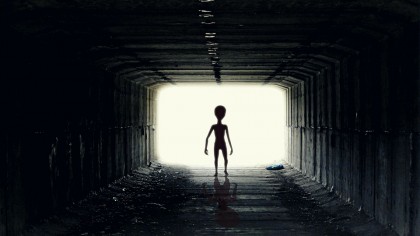 Undeterred by the strong words, Vakoch and others at METI countered that even if our existence is not announced directly via the message, current activities would already make us vulnerable: "Any civilisation that could travel to Earth to do us harm could already pick up our leakage television and radio signals," flatly adding, "So there's no increased risk of alerting them of our existence.

"Earth's atmosphere has been giving off evidence of life's existence for two and a half billion years, thanks to the oxygen in our air."

A proposal for a follow-up message transmission in 2018 containing even more detailed information has already been offered up by METI.