Scientists may have discovered a new way to extract rare-earth elements from waste left over from mining operations, raising hopes that it could provide a steady supply of the valuable commodity.

Researchers at the Idaho National Laboratory (INL), Rutgers University, and the Critical Materials Institute may have found a way to extract rare-earth elements (REE) from mining waste material, potentially providing a reliable source of these valuable resources.

SEE ALSO: RARE-EARTH MINERAL DEPOSIT THAT CAN SUPPLY THE WORLD FOUND IN JAPAN

REE are elements that are hard to obtain in the United States because there is no domestic supply, so they need to be sourced from outside the US. This class of metals include neodymium and dysprosium, both of which are crucial elements in the manufacture of a lot of high-tech electronics.

Since there is no reliable, domestic source of these metals, the supply of these elements needed for manufacturing are sometimes subject to disruption.

However, REEs do exist in large amounts in a substance called phosphogypsum (PG), a byproduct of the production of phosphoric acid from phosphate rock, of which the US has reliable sources. In 2017 alone, the US mined about 28 million tons of the mineral.

Refining Rare-Earth Elements Out Of Phosphogypsum

They found that one solution in particular held promise. The solution was a mix of organic acids produced by the bacterium Gluconobacter oxydans (GO), which widely found in nature, like on rotting fruit. 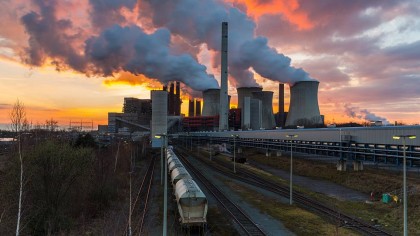 “With bioleaching, we are using an organic acid that is less harmful to the environment,” said INL’s Yoshiko Fujita, co-author of the paper describing the research which is available online and will appear in The Journal of Chemical Thermodynamics this May.

“I think there’s such a vast reserve there,” added David Reed, also of INL and a co-author of the paper. “At some point, push comes to shove and we’re going to have to look at PG as a viable resource. If something happens to the flow of REE material, these PG sources are significant.”

Classified as an industrial waste material, access to PG piles is normally restricted. The researchers estimate that there might be more than a billion tons of PG in dump sites around the US and that their technique can possibly produce 100,000 tons of REE annually, nearly as much as is mined during any given year.

Scientists Are Building a 'Digital Twin' of the Earth