The researchers identified a protein in mice brains that once neutralized sees dormant stem cells activated once more.

In what may be the most impressive news of the week, scientists have reported that they have been able to rejuvenate stem cells in the brain of aging mice, improving the regeneration of injured or diseased areas.

SEE ALSO: 11 OF THE MOST EXCITING STEM CELL RESEARCH AND STUDIES SET TO REVOLUTIONIZE HEALTHCARE

All our body's cells are stem cells that have divided to turn into specific tissue cells. However, as they age, stem cells go into a permanent state of inactivity, losing their ability to proliferate.

In order to study these aged stem cells, scientists from Luxembourg Centre for Systems Biomedicine (LCSB) of the University of Luxembourg and from the German Cancer Research Center (DKFZ) had to model them. But achieving this was no easy feat and required a novel approach. 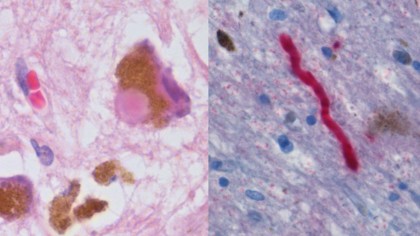 "Stem cells live in a niche where they constantly interact with other cells and extra-cellular components. It is extremely difficult to model such a plethora of complex molecular interactions on the computer. So we shifted perspective. We stopped thinking about what external factors were affecting the stem cells, and started thinking about what the internal state of a stem cell would be like in its precisely defined niche," said LCSB's Prof. Antonio del Sol.

As such, the scientists created a new and super efficient computational model. "Our model can determine which proteins are responsible for the functional state of a given stem cell in its niche -- meaning whether it will divide or remain in a state of quiescence. Our model relies on the information about which genes are being transcribed. Modern cell biology technologies enable profiling of gene expression at single cell resolution," said Dr. Srikanth Ravichandran of the Computational Biology Group.

The mystery they sought to examine was why most of the stem cells in the brain of old mice remained in a state of dormancy. Using their computational model, the researchers were successful at identifying a molecule called sFRP5.

This molecule was responsible for keeping the neuronal stem cells inactive in old mice and further prevented proliferation.

The logical next step in the study was to neutralize the action of sFRP5 and see the resulting effects. It turned out the dormant stem cells did start proliferating again

"With the deactivation of sFRP5, the cells undergo a kind of rejuvenation," del Sol explained: "As a result, the ratio of active to dormant stem cells in the brain of old mice becomes almost as favorable as in young animals."

The researchers now argue that their approach is not limited to studying the brain but can be extended to cover other body parts.

Their study is published in the journal Cell.