The research conducted on congenitally blind mice saw the effective transformation of supportive eye cells into photoreceptors. It is the first of its kind in mammalian retina.

Congenital blindness refers to severely impaired vision from birth. In the developed world, the condition is mostly attributed to genetic factors and, for the most part, can not be improved.

The first report of its kind

The study, published in the journal Nature, outlines how researchers were able to restore some vision in congenitally blind mice by transforming supportive cells in the retina, called Müller glia, into rod photoreceptors. “This is the first report of scientists reprogramming Müller glia to become functional rod photoreceptors in the mammalian retina,” said Thomas N. Greenwell, Ph.D., NEI program director for retinal neuroscience.

“Rods allow us to see in low light, but they may also help preserve cone photoreceptors, which are important for color vision and high visual acuity. Cones tend to die in later-stage eye diseases. If rods can be regenerated from inside the eye, this might be a strategy for treating diseases of the eye that affect photoreceptors," explained Greenwell.

The regenerative potential of Müller glia has long been studied due to the cells' exceptional abilities in certain species such as zebrafish. In these aquatic creatures, these impressive multi-purpose cells can adapt to injury by dividing to change into photoreceptors or other retinal neurons.

What this means is that zebrafish can autonomously regain vision even after repeated retinal injuries. Previous studies have seen scientists coax mammalian Müller glia to behave more like the fish kind, however, the tests always required first injuring the tissue.

This technique was obviously counterproductive to the researchers' desired outcomes and this new team decided to investigate a method of triggering this transformation without the harmful effects of an injury. “We wanted to see if we could program Müller glia to become rod photoreceptors in a living mouse without having to injure its retina,” said study lead investigator Bo Chen, Ph.D., associate professor of ophthalmology and director of the Ocular Stem Cell Program at the Icahn School of Medicine at Mount Sinai, New York.

Chen and his team devised of a novel injury-free two-stage reprogramming process. The first phase saw Müller glia in normal mice spurred to divide through the injection of a protein-turning gene called beta-catenin. 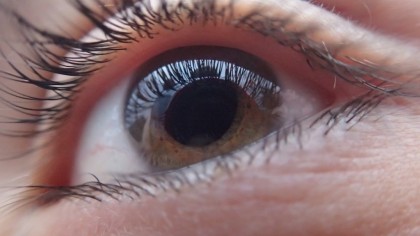 This was followed, weeks later, by the injection in the mice’s eyes of factors prompting the newly divided cells to turn into rod photoreceptors. The researchers were pleasantly surprised to find that the resulting new rod photoreceptors were structurally no different from real ones.

The team proceeded to test these Müller glia-derived photoreceptors in mice with congenital blindness and found that they developed just as effectively as they had in normal mice. The findings hold great promise for regenerative therapies that could be applied to all types of blinding disorders, not just congenital ones.

With new data stating global blindness rates could triple by 2050, this is some very much-needed good news.