According to the National Institute of Mental Health, major depression is one of the most common disorders in the United States affecting 16.2 million adults in 2016 alone.

The condition leads to a "loss of interest or pleasure, and at least four other symptoms that reflect a change in functioning, such as problems with sleep, eating, energy, concentration, self-image or recurrent thoughts of death or suicide."

Now, there may be some good news for those who suffer from depressive episodes, particularly for men. A new study has found a way to reverse the symptoms of depression in male mice.

For their work, the researchers tackled the prefrontal cortex, a key brain area responsible for everything from the will to live to complex cognitive behavior, personality expression, and social behavior. They found that making a gene called the SIRT1 inactive in excitatory neurons engendered depression in male mice.

They then deduced that activating the gene could reverse the symptoms. When the gene was deactivated due to stress, they found that stimulating it would remove the symptoms of depression.

"It has an antidepressant-like effect," said molecular behavioral neuroscientist Dr. Xin-Yun Lu, the study's corresponding author and a professor in the Department of Neuroscience and Regenerative Medicine at the Medical College of Georgia at Augusta University and Georgia Research Alliance Eminent Scholar in Translational Neuroscience. 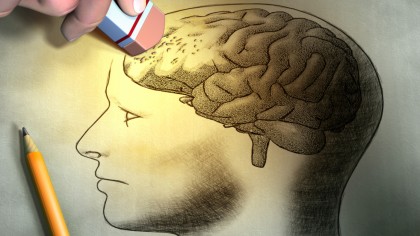 The researcher further noted that depression is associated with less firing of excitatory neurons as well as a decrease in communication between neurons. "It's like they are disconnected," said Lu.

However, much to her surprise the SIRT1 variant had a lack of impact in female mice. This was shocking to Lu as the variant was first identified in a gene study of depressed women.

A 2015 study in the journal Nature examined 5,303 Chinese women with major depressive disorder and found the gene was indeed associated with the disorder. They also later successfully replicated the results with men.

However, depression is complicated and is considered the result of a combination of genetic but also environmental conditions. And although Lu acknowledges that some people may be born with genetic variants that lead to depression, she believes that the SIRT1 variant is likely rare and only associated with depression.

As such, the gene does not constitute a cause of depression instead it is likely a byproduct.

The prefrontal cortex, however, is a much more significant indicator of depression. Responsible for controlling key neurotransmitters to mood regulation like serotonin, depression does directly correlate with the degree of inactivity in that region.

Therefore Lu suspects physical differences in this front region of the brain could be responsible for the sex differences she found and is working on identifying other differences, such as in the hippocampus, that could play a key role.

The study is published in the journal Molecular Psychiatry.