Greenland sharks live in the cold dark waters of the Arctic and have long been a mystery to the science community. A recent breakthrough by biologists and physicists suggest the sharks can live up to six centuries old.

Sharks are some of the most fascinating creatures on the planet. They have been swimming in our oceans and seas for hundreds of millions of years. Scientists have identified more than 400 species but there is still so much we don’t know about these magnificent animals. One species, in particular, is a source of wonder for many researchers: the Greenland Shark or Somniosus microcephalus. Greenland sharks are among the world’s largest predatory sharks, growing up to 6 meters in length. Because of their habitat in cold dark waters, there is still so much that scientists are yet to discover about the sharks. One question that kept burning away at scientists was just how old are these slow-moving creatures?

Age of sharks a scientific mystery

One study that began in the 1930s suggested the sharks may have extraordinarily long lifetimes, based on the fact the same shark was luckily caught twice over a span over many decades. However proving the theory has so far been impossible. 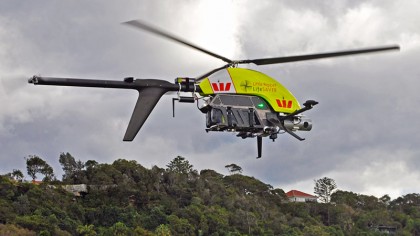 To determine the age of other sharks, scientists use a method similar to working out the age of trees. They count the growth rings of the shark that is visible on their fin spines and vertebrae. But this method is impossible in Greenland sharks as they have no hard tissues in their bodies; even their vertebrae are soft. However new research by Danish scientists might have the answer.

Nine years ago physicist Jan Heinemeier and four of his colleagues published research on lens crystallines, a class of proteins found in the human eye. These crystallines contain carbon, including trace amounts of the radioactive isotope carbon-14. While most proteins in the human body are constantly being recycled and replenished, these crystallines in the human eye remain stable. The isotope Carbon-14 is naturally occurring on earth but its level fluctuates each year due to a number of factors. The fluctuation means that each year has its own carbon-14 signature. Heinemeier had a hypothesis that if he could measure the carbon-14  present in a person's eye he could determine their age. By experimenting with cadavers he was able to prove his theory correct. At this stage Heinemeier had no idea his new discovery could be useful for putting an age on sharks, but he did think it might have application in forensic police work. In 2009, he received a call from biologist John Fleng Steffensen who had recently been in Greenland pondering the longevity question of the sharks. Steffensen wondered if Heinemeier's carbon-14 technique couldn’t also be applied to the sharks?

With the help of one of Steffensen’s students Julius Nielsen, the three researchers were able to take advantage of the by-catch of Arctic fishermen and harvest eyes from twenty-eight Greenland sharks for carbon testing. Their results, published last August are astounding. They discover the largest animals they tested on was at least two hundred and seventy-two years old, and possibly as much as five hundred and twelve years old. The figure is still relatively inaccurate due to the gaps in knowledge about carbon-14’s presence in the ocean but they have determined quite concretely that Greenland sharks are the longest-living vertebrates on Earth. The scientists theorize that the largest sighted sharks could be nearly six centuries old.