A researcher at the University of California claims they have been able to remove memories from a sea snail and inject them into another snail.

By  Jessica Miley
May 22, 2018
Chad King/NOAA MBNMS via Wikimedia Commons

Researchers have transferred memories from one California sea hare, a type of marine snail, to another via injection. Scientists from the University of California (UC) in Los Angeles claim in a new study that they have begun to understand the way a simple memory might form in the mollusks and developed ways to transplant those memories between animals.

David Glanzman, a neurobiologist at UC has proposed that the kind of memories that might trigger a defense mechanism in the snail aren’t encoded between brain cells as is widely believed but rather are in RNA molecules that form part of an organism’s genetic machinery. Glanzman conducted a complex experiment to test his theories.

First, he implanted wires into the tails of California sea hares, or Aplysia californica, and gave the animals a series of small electric shocks. This procedure obviously sensitized the animals towards the spot on their body that was being zapped.

After the shocks, the animals would contract their gills in a defensive action if they were prodded in the sensitive area. Glanzman says the sensitizing and subsequent defense action is similar to the way a human might be jumpy after a recent earthquake. 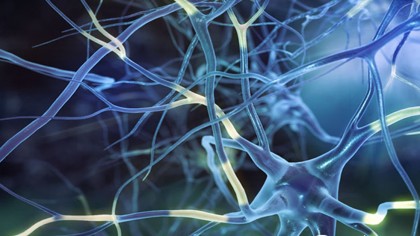 When Glanzman removed RNA from animals that had not been shocked that behavior did not transfer. The work opens up new possibilities of thinking through memory being stored in RNA, rather than in the connectivity of brain cells as traditional neuroscience dictates.

“What we are talking about are very specific kinds of memories, not the sort that says what happened to me on my fifth birthday, or who is the president of the United States,” said Glanzman, whose study appears in the journal eNeuro. But Glanzman has some serious skeptics to his ideas.

“It’s interesting, but I don’t think they’ve transferred a memory,” said Tomás Ryan, who studies memory at Trinity College Dublin. “This work tells me that maybe the most basic behavioral responses involve some kind of switch in the animal and there is something in the soup that Glanzman extracts that is hitting that switch.”

He goes on to add that this kind of research is necessary for the field or continue to develop. “In a field like this which is so full of dogma, where we are waiting for people to retire so we can move on, we need as many new ideas as possible. This work takes us down an interesting road, but I have a huge amount of skepticism about it," he says.