A new record was set this year for the shortest light pulse by a team of scientists at the University of Central Florida, and the implications extend beyond research and development, opening new avenues in physics.

This truly is a case of ‘don’t blink, or you’ll miss it’. A team of scientists has pulled off creating the shortest light pulse, coming in at 53 attoseconds. This broke the previous record by an impressive 14 attoseconds, a tiny, but a very impactful difference. An X-ray laser was used to create the pulse, shortest existing in the entire history of optics.

Sure, but one might ask what length of time is contained within an attosecond, and more importantly, how this record was achieved in the first place.

The research findings from the study, titled "53-attosecond X-ray pulses reach the carbon K-edge", were published in Nature Communications first in August, but republished with a correction to the text last week. The University of Florida-based research team shortened not only the pulse but also the wavelength.

One attosecond occupies 1×10−18 of a second, or a mind-boggling quadrillionth of a second. The unit becomes significant when one considers how far we have come in terms of measuring these light pulses since the Ruby laser was first developed by Leon Goldman in 1960 for the purpose of treating benign pigmented lesions. The first pulses were measured in units of milliseconds.

The team is so at the forefront of research in this area that the previous record from 2012 had also been set by them: an extreme ultraviolet pulse of light that was recorded at 67 attoseconds.

There are truly many implications for this research "Such attosecond soft X-rays could be used to shoot slow-motion video of electrons and atoms of biological molecules in living cells to, for instance, improve the efficiency of solar panels by better understanding how photosynthesis works," said Zenghu Chang, one of the scientists on the team and UCF Trustee Chair Professor in CREOL, The College of Optics & Photonics, and the Department of Physics.

"This is the shortest laser pulse ever produced," adding about the new matter that can be detected, "It opens new doors in spectroscopy, allowing the identification of pernicious substances and explosive residue." 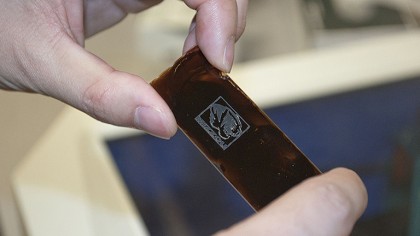 Hammond added, "This can also be extended to condensed matter systems, allowing unprecedented accuracy and detail of atomic, molecular, and even phase, changes...[t]his sets the stage for many new kinds of experiments, and pushes physics forward with the ability to understand matter better than ever before."

This area of research will require new equipment for analysis and measurements be developed, a responsibility which Chang and his team have also undertaken. Their efforts are the culmination of years of hard work and collaboration.

With more and more research emerging in this exciting field, scientists will have more accurate parameters set up for monitoring the movement of electrons. We all look forward to the day when ‘attotechnology’ will be used with the same regularity as nanotechnology.