Scientists have just discovered a way to directly convert solar energy into a synthetic fuel using carbon dioxide. Current solar technologies operate in either photovoltaic solar or thermal solar. Photovoltaic solar energy is generated through solar panels, which are typically seen on the roofs of houses and many solar plants. The other method of thermal solar is typically only used in large-scale energy plants, as it used mirrors to focus solar energy to heat a liquid which then powers turbines. Both methods, however, involve the conversion of solar energy into electricity. While electricity is useful, much energy is lost in the storing of electricity, something that the conversion process to liquid fuel overcomes.

“This allows solar energy to be stored in the form of chemical bonds. It’s easier than storing electricity. The new approach is based on a similar principle to that used by solar power plants." ~ Ivo Alxneit, chemist at the PSI’s Solar Technology Laboratory 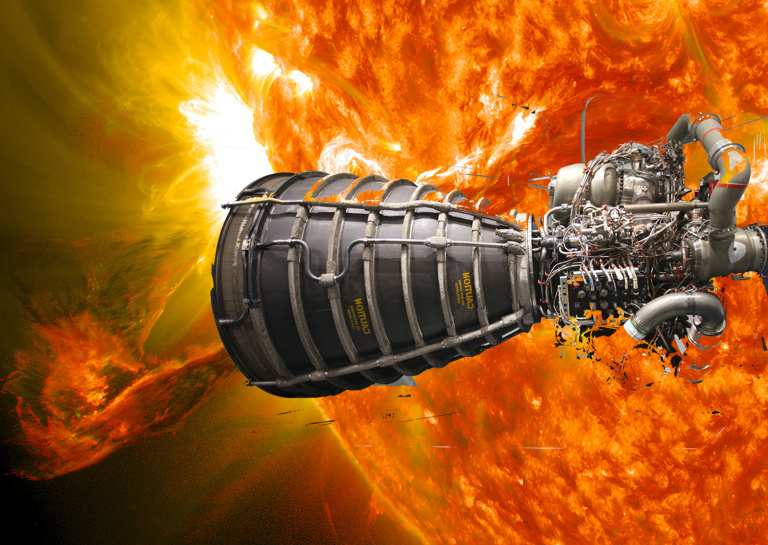 Researchers at the Paul Scherrer Institute PSI and the ETH Zurich have developed the process that utilizes solar to heat a chemical solution to over 1000˚C triggering certain chemical processes. ETH Zurich summarizes how the process works the best:

"When subjected to very high temperatures above 1500 °C, cerium oxide loses some oxygen atoms. At lower temperatures, this reduced material is keen to re-acquire oxygen atoms. If water and carbon dioxide molecules are directed over such an activated surface, they release oxygen atoms (chemical symbol: O). Water (H2O) is converted into hydrogen (H2), and carbon dioxide (CO2) turns into carbon monoxide (CO), whilst the cerium re-oxidizes itself in the process, establishing the preconditions for the cerium oxide cycle to begin all over again."

It is important to note that this research is still just on the forefront of the technology. To bring the conversion process to life it will require sizeable investment to create a full-scale solar to liquid fuel power plant. Initial testing was done in a high-performance oven to simulate the temperatures that will hopefully be produced by solar energy in the future.

The scholarly article for this research was published here.