Scientists Uncover Secret Tunnels Between the Brain and Skull

Tiny channels between the meninges and skull used by immune cells for injury recovery were recently discovered.

The brain is one area of the human body for which it seems the phrase the sky is the limit really does apply in terms of the research possibilities.

Despite the ambitious Human Connectome Project, a 5-year project launched in 2009 to map the brain, mysteries about this complex organ continue to baffle researchers.

One of the latest developments in brain research is just as compelling. Researchers at the Boston-based Massachusetts General Hospital's (MGH) Center for Systems Biology have found evidence of tiny channels, which make up a hidden network, connecting the lining of the brain, also referred to as the meninges, to skull bone marrow.

Their work was specifically aimed at how these channels function related to various illnessed in the brain (the study looked at aseptic meningitis and stroke). For instance, they found that the special immune cell, neutrophils originate in the marrow, and most likely travel through these channels to the brain. The work is solving some mysteries about the overall transmission process, as the cells play a significant role.

To achieve their results, the team used fluorescent membrane dyes in order to "ID" the cells, a smart technique much like a GPS tracker, that allowed them to follow the process accurately.

Matthias Nahrendorf, one of the scientists on the team and senior author on the research, spoke about their unique approach to the study:

"We started examining the skull very carefully, looking at it from all angles, trying to figure out how neutrophils are getting to the brain," adding, "Unexpectedly, we discovered tiny channels that connected the marrow directly with the outer lining of the brain."

This research has the potential to change not only the ways we think about the inner workings of the brain but also the ways in which doctors approach their understanding of recovery from trauma or illness in those specific regions of the body:

“Until now, we thought that bone marrow throughout the body reacts uniformly to an injury or infection anywhere, but now we know that skull bone marrow has a special role due to its proximity to the brain and its direct connection to the meninges by microscopic channels,” Nahrendorf said. 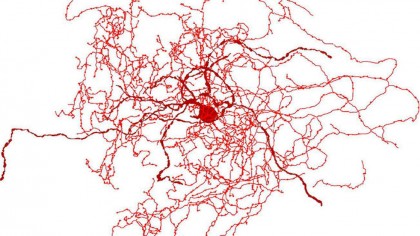 The study was funded by the influential National Institute of Health (NIH) and the scientific community is also offering its words of support for potential impact of the team's research.

“We always thought that immune cells from our arms and legs traveled via blood to damaged brain tissue. These findings suggest that immune cells may instead be taking a shortcut to rapidly arrive at areas of inflammation,” adding, “Inflammation plays a critical role in many brain disorders and it is possible that the newly described channels may be important in a number of conditions. The discovery of these channels opens up many new avenues of research.”

Details about the study can be found in a paper, titled "Direct vascular channels connect skull bone marrow and the brain surface enabling myeloid cell migration", which was published this week in the Nature Neuroscience journal.