Scientists recently unveiled the complete skeletal remains of an ancient human ancestor, Little Foot, in South Africa. This discovery could answer many vital questions about some of our most distance human ancestors.

After 20 years of meticulous excavation, a team of scientists has been able to unveil the most complete skeleton of a distant human ancestor discovered so far.

The remains are from a hominid belonging to the genus Australopithecus, and it dates back 3.67 million years. Scientists have named her "Little Foot", a funny reference to the first staged of the discovery: four little foot bones. "This is one of the most remarkable fossil discoveries made in the history of human origins research and it is a privilege to unveil a finding of this importance today," shared Dr. Ron Clarke of the Evolutionary Studies Institute at the University of the Witwatersrand in Johannesburg, who first spotted partial remains of the skeleton in 1994.

Little Foot is modest in height at only 135 centimeters, and analysis of the face, teeth and pelvic structure has revealed that the skeleton once belonged to a female. They also believe that Little Foot may have been a young girl whose life was ended by falling into caves via a shaft. In terms of her body, the arms were shorter than the legs, revealing an upright posture which scientists believe make her a much closer relative of humans, though she most likely lived in trees.

The first fragments of the remains—various foot bones and fragments from the lower leg—were first recovered between 1994 and 1997 in the Sterkfontein caves, which are located roughly 40km north-west of the city of Johannesburg. Leg bones were revealed by mining activities in 1994, but it was only 3 years later that the skeleton became visible. It wasn’t until 2012 that the breccia—a concrete-like rock in which Little Foot’s remains were embedded—could be completely removed.

"My assistants and I have worked on painstakingly cleaning the bones from breccia blocks and reconstructing the full skeleton until the present day," Clarke said, adding, "The process required extremely careful excavation in the dark environment of the cave. Once the upward-facing surfaces of the skeleton's bones were exposed, the breccia in which their undersides were still embedded had to be carefully undercut and removed in blocks for further cleaning in the lab at Sterkfontein." 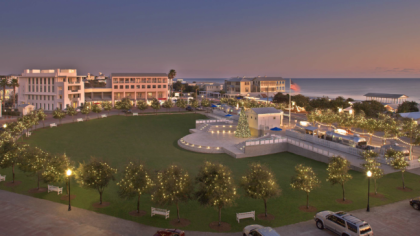 Now that scientists have in their possession a complete skeleton, they can begin a new phase of their research that will focus on filling in gaps about the appearance, movement and skeletal composition of our early Australopithecus ancestors. There is even a possibility that isotope analysis of Little Foot’s fossilized tooth enamel could help answer questions about the living environment or foods she may have eaten.

Although Little Foot is the oldest example of a complete and intact hominid skeleton, the oldest in recorded human history is Ardi, a human ancestor that was living in Ethiopia roughly 4.4 million years ago. Although Little Foot can offer more answers to questions about early humans, Ardi plays a role in helping scientists change their approach of pinpointing with more accuracy when humans split from the line that evolved separately into living chimpanzees. At present, scientists believe this split took place about 6 million years ago.

This is the magic of scientific discoveries: some of them seem to happen in a split second, even by accident, while for others (in the case of Little Foot), the reward comes from years of painstaking and meticulous work.

Via: UC Berkeley, University of the Witwatersrand, GAPA, Journal of Anthropological Archaeology