Researchers at MIT and in Russia and Singapore are now using artificial intelligence to help determine the changes they want to make to semiconductors or other crystalline material. These materials are so sensitive that just a bit of strain can change dramatically their properties such as their ability to control electricity, conduct heat and more.

But so far, the nearly endless possibilities that strain engineering can deliver have been a problem in terms of deducing the final product. Strain has the potential to be applied in six different ways and with nearly infinite gradations of degree. “It quickly grows to 100 million calculations if we want to map out the entire elastic strain space,” Li said. 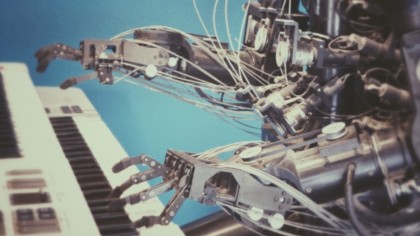 This is why the team decided to use machine learning to sort through all the endless possibilities. “Now we have this very high-accuracy method, that drastically reduces the complexity of the calculations needed," Li added.

“This work is an illustration of how recent advances in seemingly distant fields such as material physics, artificial intelligence, computing, and machine learning can be brought together to advance scientific knowledge that has strong implications for industry application,” said Subra Suresh, the Vannevar Bush Professor Emeritus and former dean of engineering at MIT and current president of Nanyang Technological University in Singapore.

This novel method now opens doors for creating advanced materials for future high-tech devices. It also has applications in using diamonds as semiconductors.

“It’s an extreme material, with high carrier mobility,” Li said. The researcher argues that with the right alterations diamond could potentially perform 100,000 times better than silicon.

Now, the researchers are hoping to use their new approach on diamonds too. And although diamonds have their very own specific limitations, the scientists believe their new model can tackle them.

“This new method could potentially lead to the design of unprecedented material properties,” Li says. “But much further work will be needed to figure out how to impose the strain and how to scale up the process to do it on 100 million transistors on a chip [and ensure that] none of them can fail.”

Still, the potential of this new approach cannot be denied.

“This innovative new work demonstrates potential to significantly accelerate the engineering of exotic electronic properties in ordinary materials via large elastic strains,” said Evan Reed, an associate professor of materials science and engineering at Stanford University, who was not involved in this research. “It sheds light on the opportunities and limitations that nature exhibits for such strain engineering, and it will be of interest to a broad spectrum of researchers working on important technologies.”