Researchers have been using the latest technology in data analysis to enlist stem cells to boost tissue repair as well as providing a road map for how the brain forms.

A team at the University of Toronto's Medicine by Design has combined the latest genomic technology with machine learning in a new study. The study provides information on brain stem cells and supplies insights that could eventually help the brain heal itself.

“This research tells us more about how adult neural stem cells are formed in the brain, which is vital for developing future medical treatments for brain and nervous system injuries,” says Gary Bader, one of the authors of the paper.

Bader is also a professor of computer science and molecular genetics at University of Toronto's Donnelly Centre for Cellular and Biomolecular Research.

Bader and co-workers on the paper Freda Miller and David Kaplan, both professors at the University of Toronto, Department of Molecular Genetics, have compared molecular profiles of brain cells in both the developing and adult mouse brains in detail.

They have used a new technology which is called single-cell genomics. In this way, the scientists could point out when during development the cortical stem cells would get their identity which would last them a lifetime. They are then put aside so they can contribute to learning, memory and tissue repair in adulthood.

“Many tissues in the body can repair themselves, but the brain does not do a good job of that,” says Bader. “The more we know about how stem cells help build the brain during development, the easier it will be to recruit them to fix injured brains,” he added.

The scientists think the findings can also provide clues on how to invigorate stem cells to support tissue repair, in addition to providing a guide to how the brain forms. The paper talks about how stem cells in the adult brain come from their parent cells in the developing cortex.

This is the outer layer of the brains of mammals which carries out cognitive function. If researchers consider this approach as successful, it could then lead to new treatments for brain injuries. It could also provide treatment for diseases such as Parkinson’s, and cure the effects of aging on the brain.

Bader at the moment leads a team of scientists who work on combining the latest technologies in genome sequencing, data analysis and cell culture to find out new information on how the brain forms.

Since the project began, the team has been able to collect and analyze more data than was possible five years ago. 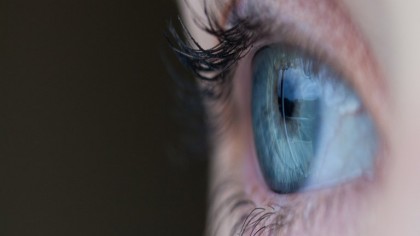 Researchers around the world are trying to contain stem cells, which can renew themselves and create specialized cells. Their aim is to repair tissue damaged by disease and wear and tear.

One approach for this is to use stem cells to be able to grow transplant tissue in a dish. But scientists such as Bader are also looking at another alternative.

They want to use the stem cells in the body to be able to heal the tissue from inside. Single-cell genomics technology forms the core of the project. This technology bar codes each cell and its RNA. This way, the researchers have a complete understanding of which genes are switched on in many individual cells in a tissue. Through using this technology, the team was able to pick out very rare stem cells.

Via: University of Toronto, Cell