Biomedical engineering is a multidisciplinarian branch of science combining chemical and physical sciences and mathematics. The work involves tapping into important discoveries in the life sciences and then translating them into comprehensive and lasting clinical applications. 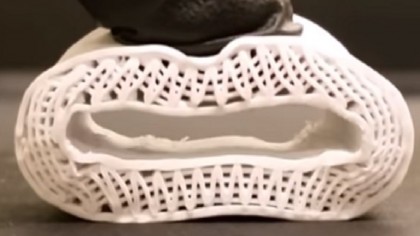 The excitement of monitoring work in the field is highlighted, therefore, because the process and the result are closely intermingled. A team of researchers in the biomedical engineering faculty of Texas A&M University have developed an innovative method centred around blood vessel generation.

Formation of blood vessels from pre-existing vessels, also known as angiogenesis, is a central and crucial part of the process involved in healing wounds, with the ultimate goal being to one day transform even chronic, disease-impaired wounds into injuries capable of healing. To achieve their research aims, they used two-dimensional clay, formally known as nanosolicates, to create a platform which could encourage blood vessel growth.

Using a similar concept as a time-release capsule, the clay was designed to deliver the growth-generating proteins over a longer period of time. This approach, revealed the researchers, results in a more successful creation of new blood vessels, which they credit to the clay's "high surface area and charged characteristics."

Texas A&M University Biomedical Engineering Assistant Professor and paper co-author Dr. Akhilesh K. Gaharwar elaborated on the process and the various benefits it offers: "Clay nanoparticles work like tiny weak magnets that hold the growth factors within the polymeric hydrogels and release very slowly. Sustained and prolonged release of physiologically relevant doses of growth factors are important to avoid problems due to high doses, such as abrupt tissue formation."

The team's findings represent another step in the combined disciplines of biomedical engineering and nanotechnology, and adds further legitimacy to the use of nanosilicates, a practice gaining support as scientists make more discoveries about its interaction with various human cells. One area being studied also is the use of nanosilicates in directing stem cell generation and promoting bone and cartilage growth.

Professor Gaharwar was also a co-author on a related study, stating, "When these stem cells are treated with nanosilicates, they start showing behavior that is typically observed during regeneration of bone, and cartilage. This indicates strong biomedical potential for these nanoparticles to be used as a possible therapy for osteoarthritis or orthopedic-related diseases osteoporosis."

The exciting and innovative areas of medical treatment which are being opened thanks to nanotechnology have been growing dynamically in the past decade, and if the work of Professor Gaharwar and the Texas A&M University are any indication, will continue to grow and revolutionize the ways we consider and approach medicine.

The team performed their work in the university's Inspired Nanomaterials and Tissue Engineering Lab and the research findings were presented in a paper, titled "2D Nanosilicates Loaded with Proangiogenic Factors Stimulate Endothelial Sprouting", in the Advanced Biosystems journal.

Scientists Develop Novel Needle-Free Vaccine That Dissolves in Your Mouth

For the First Time, Scientists Use Crystals and Chemistry to Generate Truly Random Numbers