Scientists have successfully used a recently discovered natural antibiotic to treat infections in mice, opening the doors to a new bug-resistant medication.

Researchers have used a recently discovered antibiotic to treat bacterial infection in mice for the first time.

In 2015, scientists discovered a new antibiotic called teixobactin. The natural antibiotic was an important discovery in the ongoing battle against resistant pathogens such as methicillin-resistant Staphylococcus aureus (MRSA) and vancomycin-resistant Enterococcus (VRE).

Now for the first time since the antibiotics discovery, scientists have synthesized the drug and used it to treat a bacterial infection.

Researchers from the University of Lincoln, UK, used a simplified, synthesis form of teixobactin to treat a bacterial infection in mice.

In addition to clearing the infection, the synthesized teixobactin also managed to minimize the severity of the infection which was not achieved by the clinically-used antibiotic, moxifloxacin, used as a control in the study.

The complete findings have been published in the Journal of Medicinal Chemistry.

There are increasing instances of drug-resistant infections causing fatalities around the globe. The development of new antibiotics is a crucial area of interest for the medical research community.

Dr Ishwar Singh, a specialist in novel drug design and development from the University of Lincoln's School of Pharmacy, said: "Translating our success with these simplified synthetic versions from test tubes to real cases is a quantum jump in the development of new antibiotics, and brings us closer to realising the therapeutic potential of simplified teixobactin.”

Research could lead to commercial drug

The work represents just the first steps to a commercially viable drug. "A significant amount of work remains in the development of teixobactin as a therapeutic antibiotic for human use -- we are probably around six to ten years off a drug that doctors can prescribe to patients -- but this is a real step in the right direction and now opens the door for improving our in vivo analogues," said Singh.

The start of modern antibiotic research is usually associated with Paul Ehrlich and Alexander Fleming. These two visionary scientists paved the way for the development of penicillin generally credited to Howard Florey and Ernst Chain.

It was even in these early days of antibacterial drug research that Fleming warned about the possibility of resistance to penicillin if used incorrectly. While there were always some observe resistance to antibiotic medications, the full force of antibiotic-resistant bacteria was not observed until the 1970’s.

Resistant bacteria on the rise

Now it can be generally claimed that most infection-causing bacteria can become resistant to at least some antibiotics. Bacteria that are resistant to many antibiotics are known as multi-resistant organisms (MRO). 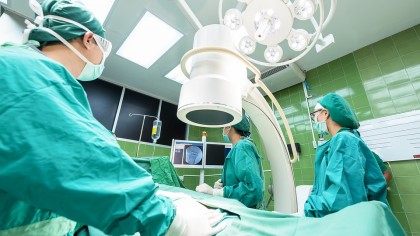 To minimize the development of antibiotic resistance it is important for doctors to not overprescribe antibiotics. If you are prescribed antibiotics, it is essential that you complete the entire course of antibiotics to ensure its effectiveness.

Via: University of Lincoln

Leprosy Found in Wild Chimps For First Time Ever