Scientists Warn About the Lack of Diversity in Genomic Research

A survey of recent genomic research has revealed an urgent need for diversity.

Scientists are calling for more diversity in the racial and national background of genomic research subjects. New research from the University of Oxford suggests that a lack of diversity limits scientific advancement.

The study showed that most subjects in genetic discovery research have been and continue to be of European descent. It also shows that the majority of the major research is concentrated in just a small number of countries - the UK, US, and Iceland.

The subjects in this research also tend to have narrow demographic characteristics. The study serves as a warning to the sector that such a sharp lack of diversity could have significant implications for the understanding and applications of genetic discoveries.

The research was done by analyzing nearly 4,000 scientific studies between 2005 and 2018 held in the NHGRI-EBI GWAS Catalogue, which contains all Genetic-Wide Association Studies (GWAS) to date.

Despite there being a major increase in sample sizes in genetic studies, there is limited ancestral diversity in the research as a whole, so that non-white groups are massively under-represented.

The research found in cases where deliberate non-European ancestry groups are included, the studies were often only down to replicate previously determined results and rather than to look for fundamental new genetic discoveries. 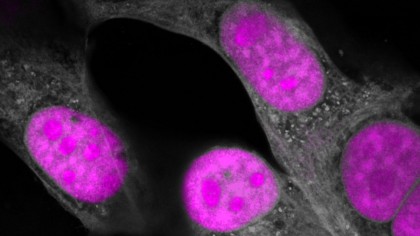 In addition to the lack of racial diversity the study found that 72% of the repeatedly used genetic data available to scientist comes from individuals from just three countries; the UK (40%), US (19%) and Iceland (12%).

The published work analyzed by the researchers also showed a high number of research participants tended to be older, female, and with higher socioeconomic status and better health than broad population representations.

Prof Melinda Mills (MBE FBA), lead author and Nuffield Professor of Sociology, said: 'The lack of ancestral diversity in genomic research has been an on-going concern, but little attention has been placed on the geographical and demographic characteristics of the people who are studied, who studies them, and exactly what they study. "

"Genetic discoveries offer exciting medical possibilities, but without increasing the diversity of people studied and the environments they live in, the usage and returns of this research are limited. There is increasing recognition that our health outcomes are a complex interplay between genes and the environment - or in other words, nature, and nurture - yet most discoveries have been taken from populations that are very similar, with limited environmental variation."

Another worrying find was that the majority of the authorship of the work was done by senior white men.

At the conclusion of the paper, the researches made a series of recommendations for editors, funders, and policy-makers involved in genetic research. These policy recommendations include prioritizing diversity and increasing strategies for monitoring diversity.